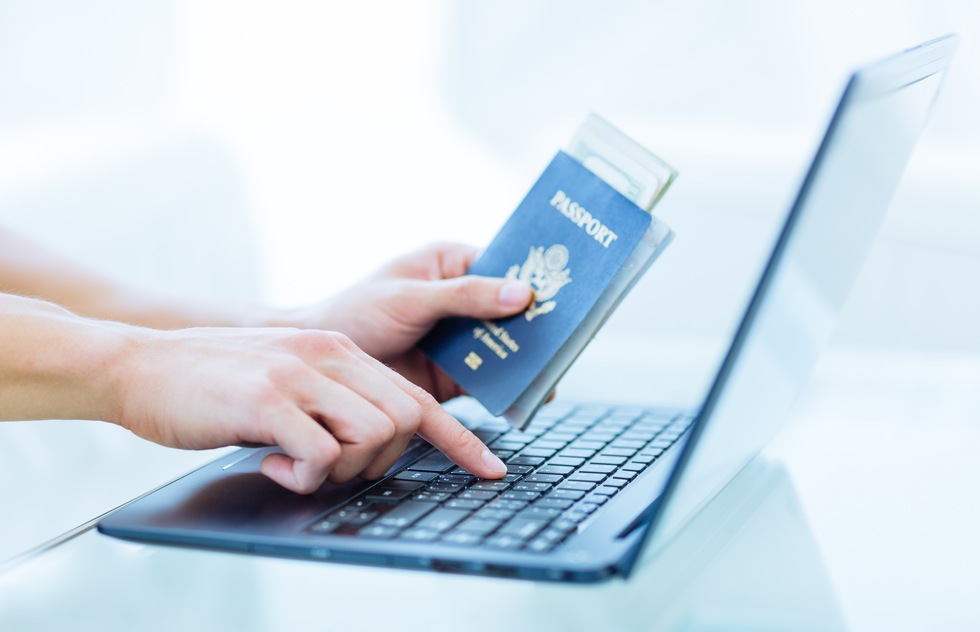 Online Renewal of U.S. Passports Reopens for a Limited Time

Update: The portal for renewing U.S. passports online has reopened as of October 11. In September, the window was open for less than two days before slots filled up. After October's window closes, it will reopen again in November on an unspecified date.

The story we ran when the window opened in September follows:

At 11am Eastern time Friday morning, the U.S. State Department reopened applications for online renewal of passports and passport cards.

As Frommer's reported earlier this summer, last year the Biden Administration gave the green light to the State Department to build a system that allows for online renewal of passports.

The system is already well into testing. After making it available in the spring to government employees and military personnel, in August the federal government began tentatively accepting applications from the general public.

But that was only open to the first 25,000 applicants, and once those people sent in their renewal requests, the door closed again to give the government a chance to gauge the new system's effectiveness and weak spots.

That pilot program must have gone well, because as of September 16, applications are being accepted again—but if you want to renew online, be quick about it, because the door will close again soon until an unannounced date in October.

At this pace, the system for digital passport renewal will be available to anyone, and at any time, in a matter of months. Right now, the government is predicting a full launch in "early 2023."

With online passport renewal, travelers no longer have to mail in their old documents and live without them for weeks or months at a time. Instead, all the necessary information is collected and validated via a digital portal.

In a blow to portrait photography studios across the land, photos of applicants' faces can be now taken at home with a smartphone and uploaded directly to the portal, which can approve or reject the quality of them automatically as part of the process.

If you want to renew your passport online and you miss this particular window, you'll have another chance to sign up sometime in October. The State Department does not announce ahead of time when the portal will be reopened—you just have to keep checking back using this State Department page.

Everyone who uses the system must be registered with the Mytravel.State.gov system ahead of time. Registration is free and can be done ahead of time via this page.

We're currently testing the new pilot system with a passport renewal. Although standard passport booklets now cost $130, we saved money by not having to visit a professional photographer or pay for shipping.

The system notified us that the waiting time for our new passport would be 7 to 10 weeks (expedited handling, which is currently estimated at 4–6 weeks by the State Department, is available for an extra $60).

While the new document is being processed, our expiring passport will no longer be valid. The new one will be mailed to us as part of the fee. 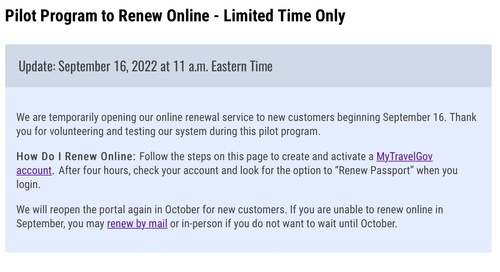