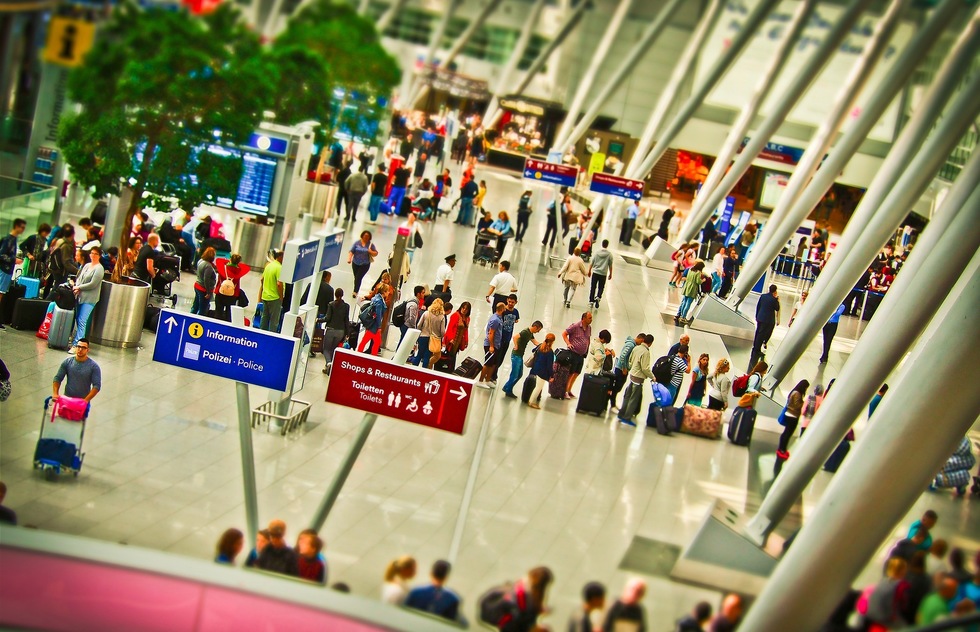 Our Top Tips for Surviving Holiday Air Travel this Year

The airlines are expecting 51 million passengers to fly in United States in the final two weeks of December, a figure that’s up 3% from last year’s record number. Break it down and that means some 80,000 more passengers a day than fly during an average day during the rest of the year. If you will be among the masses, you'll want to carefully strategize. Here are our suggestions:
Check in 24 hours in advance. Often those who check in last are the first to be bumped, and that’s worse than coal in your stocking.

Don’t wrap gifts that you’ll be carrying. The TSA needs to see inside packages and could unwrap them during the security process.

Give yourself time. But you didn't need us to tell you that, did you? Only daredevils arrive for a holiday season flight with less than 90 minutes to spare. For international flights, and for particularly busy airports, double that number.

Avoid airport parking. Many airport garages will be overwhelmed. We suggest avoiding them altogether and trying Way.com, a marketplace for professionally-run, off-site lots, with reviews, photos, and information on security and shuttles. Serious budget travelers might use JustPark.com, a site that matchmakes drivers and people who have extra room in the driveway or garage at their home. Better yet, tell a friend that the best holiday gift she could give you would be a ride to the airport (or just take a taxi).

Plan for security. This year, you’re going to want to pre-sort your electronics since anything larger than a cell phone will have to come out of your bag and into a bin. Wear shoes that are easy to get on and off, and remember the 3-1-1 rule for liquids: one quart sized bag for every one customer, with containers that have no more than 3.4 ounces of gels, creams, and/or liquids in each).

Get the lay of the terminal. The app GateGuru.com can help you do that with detailed info on what eating options you’ll have, where to get a manicure before you fly, and even how long the line at security will probably be at many terminals. And if you really want to enjoy your time in transit, get the LoungeBuddy app, which will clue you into which lounges you can pay to enjoy (sometimes the fee is as little as $50, which may not be a bad outlay if you’re delayed—or if the lounge has food).

Prepare for the worst. The holiday season isn’t just crowded. It also falls at a time of year when winter storms can upend even the best-laid plans. So be sure to sign up for alerts from your airlines; some carriers may even suggest proactively rescheduling you to fly earlier if a storm is on the horizon.
Once at the airport, look at such sites as FlightStats.com or FlightAware.com. Both are often ahead of the airlines in letting flyers know about delayed flights.
Should you be delayed, or (gulp!) have your flight cancelled, multitask: Get into the line at the counter, but also whip out your smartphone so you can talk with an airline reservationist, who may have additional information. (Sly tip: Sometimes the wait is shorter if you choose the Spanish-language line, but you don’t have to habla español once you get through to the reservationist.)

And take out the FlightStats app once again; it has a service that will let you know about empty seats on other flights going to your destination. Airlines are usually reluctant to put you on another carrier, but they may be more flexible during the holidays.
Happy holiday traveling to all!
Air Travel
Entry Requirements & Customs
Family & Kids
Timing Your Trip
Vacations