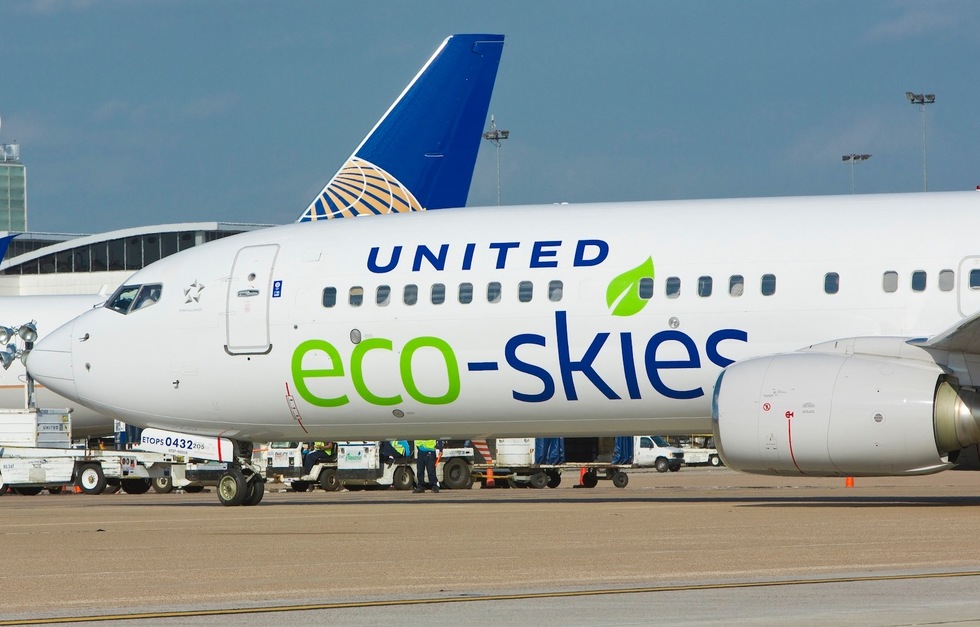 At the end of 1985's Back to the Future, Doc Brown opens his Delorean and dumps table scraps and beer into a "Mr. Fusion" tank to generate the power to whisk Marty McFly into the year 2015.

Now it's 2017, and although personal fusion-powered travel is still in the distant future, the ability to fly passenger planes using food waste is here.

In September, JetBlue announced a plan to purchase more than 330 million gallons of "renewable" fuel over the next 10 years. Such biofuel is the by-product of wood scraps, agricultural waste, and even selected trash from the town dump. Pilots can't simply dump it into the tank, the way Doc Brown does, but it can be processed into fuel by third-party vendors. The casual observer can't detect a difference between it and traditional diesel fuel.

That 330 million gallons still only represents some 4% of what JetBlue needs, says the New York Times, but it proves one thing: Sustainable fuels have reached a tipping point, and major carriers now see it as inexpensive enough to seriously explore.

JetBlue isn't alone. Last summer, United Airlines started using biofuel (just 15 million gallons' worth) made from processed animal fat and waste oils on one of its short flights from Los Angeles. And Germany's Lufthansa tested a 50-50 mix of biofuel and kerosene on more than 1,000 flights in 2011 and found out it works pretty well—in fact, it in some cases it improved engine performance, and carbon emissions were slashed by nearly half.

Now Geneva's airport has announced that it, too, will be using a biofuel blend. At first, it will only account for 1% of its fuel needs, but as in all markets, increased usage will drive down production costs, encouraging more airlines to use it, and within time, the destructive and toxic effect of fossil fuel-based fuels will be greatly diminished.

British Airways has also announced a major partnership to develop ways to greatly increase its use of biofuels.

Now that airlines are finding it affordable enough to implement, less damaging fuels may soon become a reality without adversely affecting the cost of airfare.

It's not the only popular form of transportation that's been converting old food oils into fuel. If you've been to Disneyland in California, you might have noticed that the smoke belching from its vintage steam trains no longer choke you with soot. In fact, they smell a little like dinner. That's because the Disney company, in an effort to be a better neighbor to the residents of Anaheim, switched to biofuels in 2009. I hosted this video for a now-defunct website to show off the pioneering technology: