It’s been a rough winter for the cruise industry. One of its most celebrated newer vessels was tossed around like a cork in a Jacuzzi by a major storm, and then had to return early on a cruise a month later due to threats of another serious gale. And in early March, a Texas man either fell or jumped from the deck of a Royal Caribbean vessel.

With all of this happening, not many people noticed that it’s been a rough winter for would-be cruise passengers, too. But over the last few months, a number of the cruise lines have implemented new fees and policies that will likely hit passengers where it hurts most---in the wallet.

This is especially true of those who might have been spooked by the recent bad luck at sea. If those passengers want to cancel upcoming cruises, they’ll have less time to do so, at least on Royal Caribbean. RCCL just announced that it would be cutting down on the amount of time passengers ahead of a cruise that passengers can cancel before a cruise without being hit with monetary penalties from 90 to 75 days, for cruises of five days or less; and 75 to 60 days for longer cruises.

And cruisers won’t be able to game the system by choosing at the last minute anymore, at least on Royal Caribbean. It has pledged to stop offering last minute deals, which it’s defining as discounts in the last 30 days before a sailing. Whether or not they’ll be able to stick with this goal is up in the air. Some in the industry think it may be a bluff. 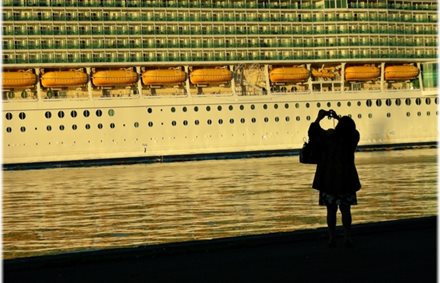 The changes aren’t just on RCCL; rival NCL (Norwegian Cruise Lines) is upping prices on food and drink. And for its potent potable packages, prices are jumping a good 15% in some cases. For its “Ultimate Beverage Package”—which covers cocktails, wine and beer—the rate will increase from $69 to $75 (plus an 18% gratuity). The cocktail-free version, “Corks and Caps” is also going up in price. And specialty dining packages will now be $10 more, per person, per day.

Finally, Carnival Cruise Line which instituted strict policies against carrying any bottled beverages aboard in 2015 (even non-alcoholic ones) has upped its prices 20% for bottled water. Thirsty? You’ll now pay $3.99 rather than $2.99 for a twelve pack of water.