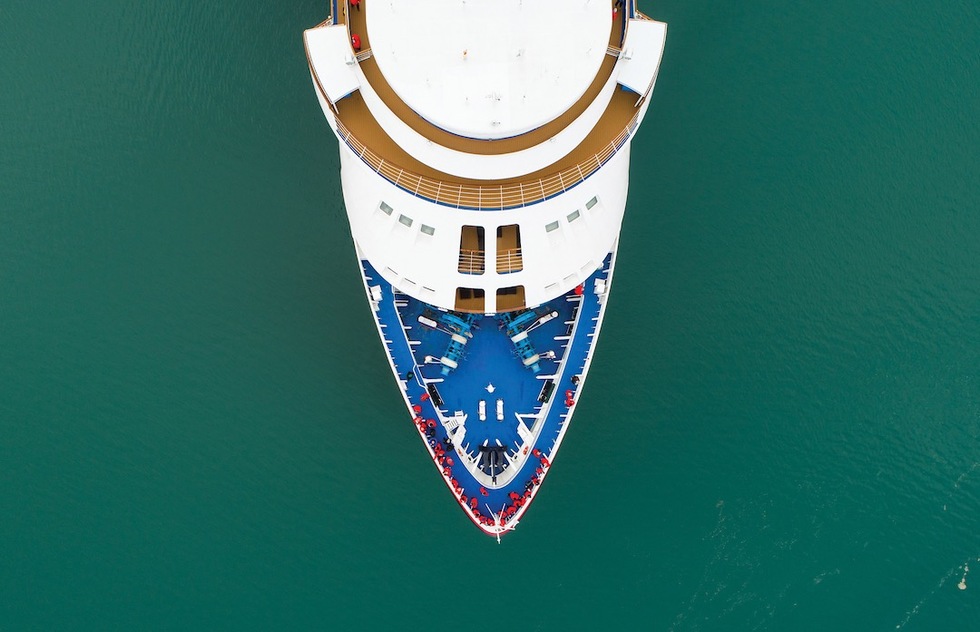 For centuries in England, when you chose to go to a pub, you were also often choosing the brewery that supplied it. Many pubs were associated with only one maker of ales.

And when our grandparents went on a date at a movie palace, they knew that some cinema chains specialized in certain studios: Loew's showed MGM films, Fox projected 20th Century-Fox product, RKO controlled the old Orpheum theatre chain, and so on.

Is a similar arrangement about to entrench itself in the cash-strapped travel advisor industry?

Because the United States government has not sufficiently acted to rescue small businesses, powerful corporations are stepping forward. Royal Caribbean Group, which owns Royal Caribbean International, Celebrity Cruises, Azamara Cruises, and Silversea Cruises, has announced that, beginning in January, it will offer $40 million in loans to travel agencies to keep them afloat.

The plan, which is being called Pay It Forward, will be disbursed in amounts up to $250,000 and will bear no interest.

"We know our travel advisor friends are suffering, too, and we will get through this tough period together, just as we always have," said Richard Fain, Royal Caribbean Group's CEO, as he announced the loans.

Soon, some travel agencies will owe their very survival to Royal Caribbean.

This loan program, while helping to shore up travel agencies, has the potential to push the travel advisor industry deeper into feudal territory. Imagine seeking the advice of a travel agent but finding that you need to be on the alert for attempts by her to push business toward, say, Royal Caribbean instead of its rival Carnival, even after you've expressed a preference for Carnival. How would you know you were getting the agent's honest opinion?

It sounds a little scary—but then again, in many ways, that ship has already sailed. Agencies already quietly do that.

After all, travel agents work on commission, and some vendors pay better commissions than others.

And if travel agencies go even deeper in the tank with the cruise companies they recommend, proponents might argue, that could translate into special deals for customers. It's already common knowledge that some agents have closer relationships with certain travel providers—and that relationship is why some customers choose an agency to begin with. Wendy Perrin, who assembles the annual WOW list of highly respected travel planners, already sorts her cruise recommendations according to the types of lines to which each planner is best connected.

It's also already true that as travel agencies direct business to certain companies, special privileges are handed back to them to pass on to customers as incentives. Cabin upgrades, fare discounts, and onboard credits are regularly issued to travel agents who deliver bookings in volume.

Many businesses in the travel sphere long ago learned to lard their recommendations with favoritism—that's what happens every time an influencer takes a check from a vendor for a product placement or an affiliate booking. And it's why travelers still need independent recommendation brands like Frommer's.

So if travel agencies are going to accept survival cash from the companies they recommend, would you want a warning? Would you prefer your travel seller's portal to be stickered with disclosures, like a NASCAR driver's jumpsuit?

Even if you didn't use such acknowledgment to steer away from agencies, the knowledge might direct you to an agent with a better deal, just like knowing which old English pub served the better beer.

One of the many effects of the pandemic is that it's making the relationship between travel sellers and travel planners even more symbiotic and difficult to untangle. In some ways, that could indeed turn out to be advantageous to customers—after all, going to the movies was never more luxurious than it was in the days when the studios controlled the theaters.

But it's also fair to argue that as this relationship tightens, this type of information should be disclosed to consumers. There could be benefits for both vendor and customer if the preferential ties are plainly announced well before the transaction begins. If a cruise line bailed out the travel agent you're talking to, that's worth knowing.