France and Italy: two countries that are consistently at the top of the most touristed countries list, year after year. But I would bet that a good 80% of those visiting know little about the culture and history of the places they’re visiting, beyond such basics as the fact that crepes come from Brittany and the Colosseum was built by the ancient Romans.  Happily, two new—and pretty darn fascinating—cultural history books on these two nations have just been released.  Each one will open your eyes to the “whys” of how life is currently lived in Italy and France; and how history shaped what we see today. I promise.

The first, the humorously titled They Eat Horses, Don’t They (The Truth About the French), written by Piu Marie Eatwell  boldly tackles such potentially rude topics as why the Parisian subways smell bad (not hygiene, it’s an underground gas problem) and if the French are more sex-obsessed than other nationalities (short answer: maybe). 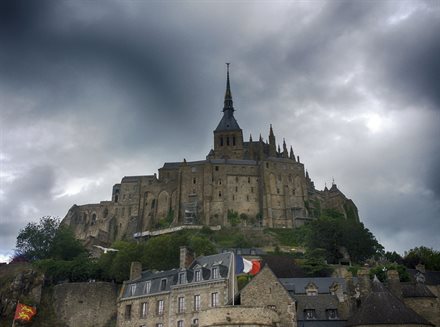 When discussing why the French are often considered rude, she turns the discussion back to French Revolutionary history, writing “After the Revolution of 1789, there was a general revolt against the rules of politeness that had been a means of diving those who were comme il faut (note from Frommer: nobility) from those who were not. ‘Rudeness is a form of resistance to oppression,’ wrote the fanatical Jacobin Louis Antoine Saint-Just.”

Eatwell goes on to explain how that revolutionary fervor lives on today in an emphatic egalitarianism, and perhaps, a touch of xenophobia, the latter again an offspring of France’s history. She writes about the “typically offhand manner of people in the French service industries (who are of course those with whom most tourists will come into contact), whose general attitude tends to be to equate civility to foreigners with servitude.” My guess is that knowing this behavior is nothing personal may be a comfort to some travelers.

Perhaps even more comforting to visitors? Eatwell knocks down the myth that French women don’t get fat. Sadly, overweight and obesity rates are at 47% percent of the population of France currently, and rising every year. So don’t be shy about packing your skinny jeans.

The Italians is journalist John Hooper’s charmingly erudite spin through Italian history and current culture. It doesn’t shy away from the bloodier aspects of Italy’s past, nor does it pretend to have all the answers. What makes the book so compelling is that Hooper is as willing to bring to light the paradoxes in the Italian cultural mindset as he is to try and explain them away.

Intriguingly, he compares Italy to Japan, two countries shaped by the fact that they are skinny shafts of land, with mountainous ridges in the center and a history of volcanic activity, which forced their peoples to work together on the crowded plains upon which civilization arose. Both countries also had early organized crime syndicates, a factor that shaped, and continues to shape, the way these two nationalities see the gray area between conventional notions of good and evil.

I’d urge any traveler heading cross the pond this summer to supplement your guidebook with one of these two entertaining but serious tomes. Truly: your trip will be enhanced.