Schussing Savings: No It’s NOT too Early To Book Your Winter Ski Trip

No white stuff: less green stuff—that’s the crude equation that rules the ski industry. It was a point driven home in the winter of 2011-2012, when snowfalls that were 50% lower than normal. That led to the least profitable North American ski season in 30 years. Last year’s schussing was better, and the industry saw an 11% increase in the number of people buying lift tickets. But even with that boost, ski numbers were still well below the average for the past decade.

So this year it looks like many resorts are ignoring the fact that leaves are more likely to be falling right now than snowflakes, and trying to turn potential customers’ thoughts towards downhilling.  The strategy: lock up customers’ vacation plans with early booking discounts. But what’s good for the goose, may be good for the schusser: if you’re willing to gamble on snow (and perhaps ski on manmade stuff—many resorts have invested in their snowmaking capabilities in the last two years), you could get an excellent deal on what’s always a pricey sport. Here are some of the best deals I’ve seen so far this year:

Mont Tremblant: This famed Quebecoise ski resort is offering something its calling the “Latitude Card,” which allows bearers to ski at the lowest possible price for up to seven days (as little as $49), with a 15% discount being given to their companions. Interestingly, the discount even applies during high season periods, but is only available to those who get the card before December 3.  For more information, go to http://www.tremblant.ca/ski-and-golf/tickets-and-passes/tickets-and-offers/latitude-card.aspx

New Hampshire Resorts: A conglomeration of New Hampshire resorts has joined together to post discounts. These can range from two-for-one deals on midweek skiing to complimentary rentals for night skiing to “Ladies Days” when those with two xx chromosomes get a special rate. For all the deals, surf to: http://www.skinh.com/deals/daily-ticket-deals.aspx

Sun Valley: This swank, old-style Idaho resort is knocking up to 49% off lift tickets on many dates through the website Liftopia.com. That means a day of downhilling for as little as $67 in January, which is darn good for Sun Valley. For more, see Liftopia.com

Whistler, BC: Even when it hasn’t snowed in the States (or the rest of Canada for that matter), snow has blanketed the slopes of this famous resort for the last two years. But that doesn’t mean you can’t save a bit when you head to Whistler (home of the world’s tallest ski gondola, by the way). A current package bundles together lodging and lift tickets for just $91/person, per day, a savings of 39% off booking these elements later and separately. For full details, go to: http://www.whistlerblackcomb.com/plan-your-trip/deals-and-packages/ebo/index.aspx

These are just a sampling of what’s out there. The key is to look, and look soon if you’re determined to ski this winter. 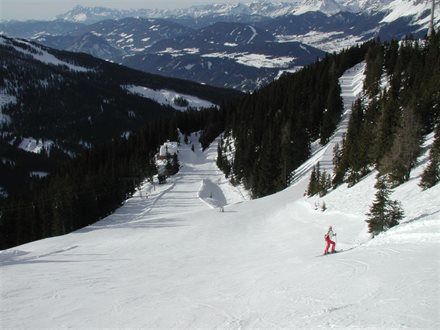