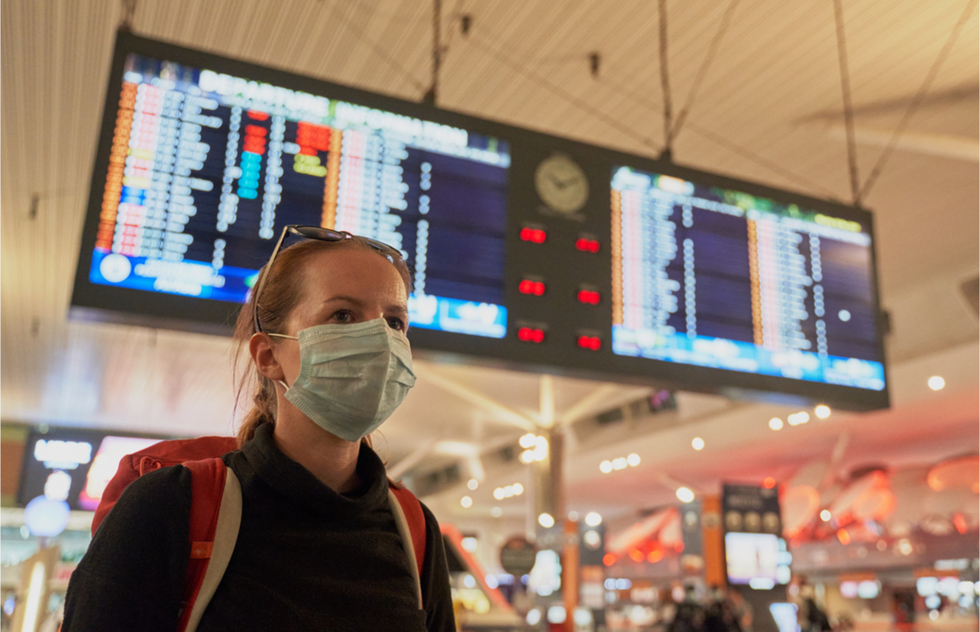 Two U.S. senators have written a scathing letter to tell members of Donald Trump's cabinet they're not doing enough to protect traveling Americans on airlines.

Edward Markey of Massachusetts and Richard Blumenthal of Connecticut, both of whom have a history of pursuing consumer protections, issued the urgent call to improve lax and confusing safety standards onboard aircraft in a letter dated June 9.

"Federal leadership on airline safety has been absent," the letter states.

Ever since the Covid-19 outbreak virtually paralyzed the travel industry, the senators wrote, individual states, airports, and airlines have been left to come up with their own versions of safety rules. The resulting "voluntary protocols have created a patchwork of rules that leave significant safety gaps in our overall aviation system."

The senators, who sit on the Commerce, Science, and Transportation Committee, urged the Department of Transportation (DOT) and the Department of Health and Human Services (HHS) to "immediately issue strong, nationwide rules" that the travel industry can follow across the board so consumers can find the same protections no matter where they go or which airline they fly.

Americans need the expertise of federal doctors and scientists to tell citizens the best ways to protect themselves when they fly—and then they need the airlines to actually enforce those things.

The senators noted that for all the airlines' public relations efforts regarding sanitation, many carriers still aren't requiring the wearing of masks aboard flights or leaving space in the cabins for proper social distancing as advised in common medical guidelines.

Markey and Blumenthal imply that because of the nature of travel, it's not appropriate or scientifically sound to rely on regional rules. "Air travel is an inherently interstate and international issue that demands stronger leadership from the federal government," they wrote.

This isn't the first time the senators have begged the White House for safety standards. A similar letter sent by the pair to the administration on April 29 argued, "A patchwork of rules simply cannot address the interconnected and widespread health risks of a global pandemic." But that earlier plea for the executive branch to do more resulted in no new protections for traveling citizens.

Markey and Blumenthal repeated their appeal this week because bookings for air travel are showing some signs of picking up again, which means more Americans will be flying soon.

In May, the same senators introduced a bill (S.3681) that would require DOT, HHS, and the Department of Homeland Security to create a joint task force comprised of aviation, security, and public health experts who can put a consensus of guidance in place using the best information available to federal authorities. The bill has not yet been called to a vote on the Senate floor. (Senate Majority Leader Mitch McConnell, who would be responsible for calling the bill to a vote, is married to the Secretary of Transportation, Elaine Chao.)

As long as the legislation remains a nonstarter in the Senate, Markey and Blumenthal have appealed directly to Chao and the head of Health and Human Services, Alex Azar, to issue interim rules that would clear up confusion for travelers and provide consistency.

Among the suggested rules proposed by the senators: requirements that face masks be worn by everyone onboard commercial aircraft, that flight crews be supplied with the proper PPE, that social distancing be observed both in airport terminals and on aircraft, and that science-based protocols be devised for "disinfecting and sanitizing aircraft cabins."

Instead of those across-the-board measures, what we have right now is each airline coming up with its own hodgepodge of safety prescriptions.

Travel shouldn't be so confusing—or unsafe—but so far, the senators' latest plea for help has gone unheeded, just like the one sent in April.