Starting Now, Solo Travel to Cuba Will Be Explicitly Legal for Americans

The news out of Cuba is coming fast and furious. Not only are a number of airlines close to being able to offer direct service from various U.S. gateways to the Caribbean island, but Marriot and Starwood hotels will soon be housing guests there. In addition, AT&T will join Sprint and Verizon in offerring roaming service in Cuba. (For more on all these developments, take a look at this article from the Wall Street Journal.)

But the most exciting development has nothing to do with corporate entities, it has to do with a further easing of the Treasury Department's regulations surrounding visits by American tourists. With far less hype than the cast of Hamilton got for performing at the White House, the Treasury Department quietly announced that it would now allow "individual people-to-people educational trips". In a coconut shell that means that as long as visitors say they're going to Cuba for educational reasons, they no longer will have to pay the outrageous prices (of $350 per day and more) charged by the tour companies that have been running these sorts of excursions for decades. In fact, the State Department explicitly wrote that making travel more accessible was a big reason for the new regulations: "This change is intended to make authorized educational travel to Cuba more accessible and less expensive for U.S. citizens, and will increase opportunities for direct engagement between Cubans and Americans."

To quote directly from the State Department's release: "Individuals will be authorized to travel to Cuba for individual people-to-people educational travel, provided that the traveler engages in a full-time schedule of educational exchange activities intended to enhance contact with the Cuban people, support civil society in Cuba, or promote the Cuban people’s independence from Cuban authorities and that will result in a meaningful interaction between the traveler and individuals in Cuba."

So the question now becomes: how will the treasury department know if an individual is in Cuba for educational exchanges....or to lie on a gorgeous beach while nursing a rum and coke? The Treasury Department states that its "statutory prohibition on travel for tourist activities remains in place." But short of sending Federal Agents to do passport checks on anyone getting a tan, there doesn't seem to be anything in today's document about how the law will be enforced. Instead the State Department is asking travelers to "retain records related to the authorized travel transactions, including records demonstrating a full-time schedule of authorized activities."

I think the key word there is "retain"---It's a covering their butts phrase. Because no where does it say that an individual will have to produce this documentation. And if you look at the history of travel to Cuba in the last decade, you'll be hard-pressed to find any individual who has been prosecuted for going to Cuba illegally. It's not a fight that the government has wanted to pick in the past and I very much doubt they want to pick it now.

And nor should they, in my humble opinion. Americans should have the right to travel freely wherever in the world they please. These new regulations take us a step forward towards that goal.

Here's a link to the State Department's press release. 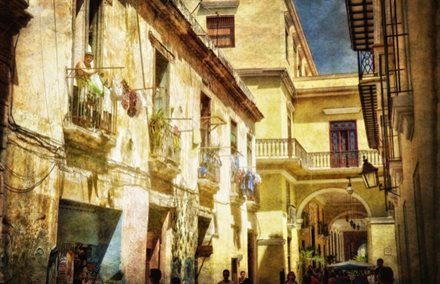