In 2000, Reid Bramblett, a writer and long-time scout leader in Pennsylvania, took 9 members of his Boy Scout troop to Europe for nearly a month (along with two other adults). One of the participants was a 16-year-old who suffered from dyslexia, never had done well in school, and worked part-time a gas station. His goal was to go to a technical school after high school and become a mechanic.

But something unexpected happened over the course of the 27-days this young man spent traipsing through the UK, the Netherlands, Germany, Austria and Italy: he fell in love both with the history of World War II and with art. After the trip, the teen decided he wanted to go to college instead of trade school. Today, he’s a high school history teacher because, as he explained to Bramblett, “I learned on that trip that learning is really fun. And I realized I wanted to pass along that love of learning.”

That’s anecdotal evidence that educational travel can change young lives. Thanks to the US Tour Association, we now have strong data to support that supposition, as well. It recently paired with a Wagner Group, a research organization, to undertake a study of the life-long effects of learning vacations. Their results were startling.

Over the course of several months, the Wagner Group spoke with 400 adults, half of whom had taken learning vacations between the ages of 12 and 18 and half who hadn’t. To ward against charges that this type of travel was only for the wealthy, the study was carefully balanced for family income, gender, age and ethnicity. Wagner also didn’t define learning vacations as only those that involve foreign travel. “We asked if they took a trip that was learning focused, as opposed to just going to the beach and laying in the sun. We talked with people who’d taken all kinds of trips—school trips, trips with their parents, visits to National Parks and battlefields. What they all had in common was that learning about the places they visited was the focus of the trip,” Roger Dow, the CEO and President of the US Travel Association explained to me.

Those who had done this sort of travel achieved a number of goals that the travel-free group had not. Some 56% graduated from college and went on to further education. The vast majority graduated from high school. “The people who took these trips had better grades and they told us the trip had an influence on their educational and career choices and made them more intellectually curious,” reports Down. “That’s a monstrous pay off for a 6-7 day trip.”

Perhaps most startlingly, the adults who had taken these educational trips today earn 12% more than those in the non-traveling control group.

“My children are grown, they’re 27 and 30,” says Dow. "But when they were little I told them: You know when I was growing up there were 3 R’s: reading, writing and arithmetic. But for you folks you have to ads a fourth  “R”: you have to roam. Because if you don’t roam around this world, life will pass you by.”

“In a way, it doesn’t matter what you learn,” Dow continued. “It doesn’t have to be a trip to Paris, it can be a trip to a National Park to learn about the environment.  It’s that you get out there, at a young age, and see a part of the world that’s different from your own. It  expands you.”

So as the holidays approach and you’re looking at all the gadgets and gizmos you can put under the tree, perhaps you should consider a gift that can’t be wrapped: a family trip. It could be one of the best investments you’ve ever made. 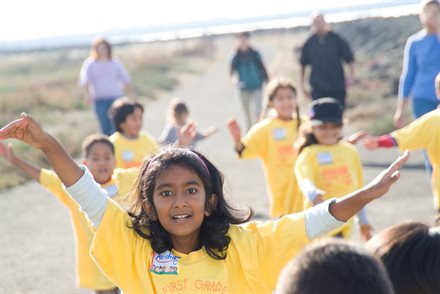