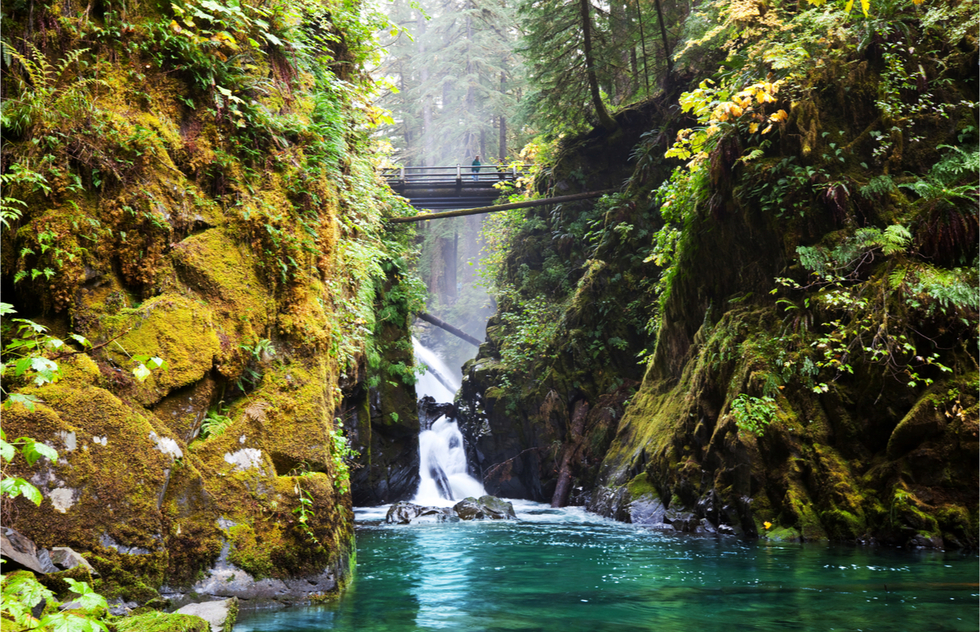 Summer Vacation in the National Parks? You Need Reservations for Some of Them Now

In case you haven't heard, the U.S. national park system had record visitation numbers in 2021, with the crown jewel parks stretched to the breaking point.

Arches National Park had to temporarily close its entry gates 120 times in 2021. Yellowstone National Park attracted 4.4 million visitors—a full million more than it got in 2020. And rangers at Grand Canyon National Park performed more rescues than ever before.

Not every national park is limiting entry in 2022, but the most over-loved ones have implemented advance reservations systems and online lotteries.

Reservations at national park lodges tend to go on sale a year in advance, but campsites, backcountry and wilderness permits, and reservations for capacity-controlled parks and driving routes start booking in January, February, and March—so if you're thinking of going to the following parks in 2022, you'll need to get your act together quickly.

Camping reservations: In 2021, park officials reduced capacity at Acadia's campgrounds. No word yet on whether there will be reduced numbers again in 2022, but reservations can be made 60 days before arrival at either Acadia's dedicated app (which also has terrific interactive maps) or at the website Recreation.gov.

Driving reservations: The 3-mile road to the park's highest summit, Cadillac Mountain, is so popular that advance reservations are required between May 25 and October 22. To nab a spot, go to Recreation.gov 90 days in advance of the date you're hoping to visit. Visitors must choose either the early morning hours to catch the sunrise or for the rest of the day, but they can't do both on the same day.

Camping reservations: The park has only one campground, and it's usually full every night during its long high season from March through October. Reservations should be made up to 6 months in advance. Rangers warn that most people who show up without bookings wind up sleeping outside the park boundaries. Between November and February, campsites are first-come, first-served.

Entry reservations: Because of parking issues, in 2022 Arches will require advance reservations between April and October just to get in the gate. The system is unusual: Tickets for an entire month are distributed on a single day three months in advance. For example, on January 3 starting at 8am MT, all spots for the month of April were distributed. For later periods, tickets will be given away on the first of each month. If you miss your distribution day, a few tickets are held back and given out at 6pm the night before entry, but it's a much safer bet to get a spot early. We have complete info on this new system here.

Backcountry permits: There's a lot of urgent red type on Glacier's permit site warning the public that, because of understaffing, it may take longer than usual for applicants to learn whether they were able to get a permit and that everyone should be prepared for unanticipated cancellations due to Covid-19. March 15 is the date when backcountry permits will start being issued for the high season. About half of the available spots will be distributed this way, with the other half being given out the day before.

Campground reservations: Glacier has 13 campgrounds, nine of which are first-come, first-served. For the other four, the park's most popular, advance reservations are strongly recommended, and those become available six months ahead on Recreation.gov. Even at the most popular campgrounds, a few sites are held for folks who just show up, but don't bank on getting one, because in high season, they go very quickly.

Driving permits: In 2022, visitors need permits to motor on two of the park's most eye-popping scenic routes: the Going-to-the Sun Road and the drive that leads to the Polebridge Ranger Station in the North Fork of the park. The GTSR permit is good for 3 days, but the other one is just for 1 day. The permits are issued separately, so if a traveler wishes to drive both routes, that driver will have to apply twice. Park officials have not announced the date when permits will be available, but they have said it will be in early March for drives between May 27 and September 11. Permits are free, but there's a small service charge levied by Recreation.gov (which is also where you'll get the permit).

Backcountry permits: Applications opened on January 5 and will close in May. A third of the permits are distributed this way, but the National Park Service warns that competition is fierce for walk-up permits in high season, so it's best to get one early. Go to Recreation.gov for them.

Camping reservations: Campgrounds are available by advance reservation only through Recreation.gov, with reservations opening six months in advance.

Camping reservations: Some campgrounds here are first-come, first-served on the day, but others require advance reservations up to six months in advance. All the dates are available at Recreation.gov.

Wilderness permits: Because the Wonderland Trail (a day hike) has become overcrowded, as have some of the climbing routes, an "early access lottery" was instituted in 2022 for a third of available permits. Applicants must throw their hats in the virtual ring between February 21 and March 7 for summer permits. Only one permit per person will be issued in advance. People who wish to hike or climb more than once can try to snag additional reservations after April 25.

Backcountry permits: For the popular high-elevation areas, it's wise to get permits as soon as you can, as they sell out between July and October. They go on sale six months in advance.

Camping reservations: Olympic's four campgrounds (the area around Sol Duc Hot Springs is pictured above) can be reserved up to six months in advance, and even in late January of 2022, most June camping spots are already reserved. Move quickly! Reserve via Recreation.gov.

Timed entry tickets will be required in 2022, beginning on May 27, but the first batch won't be available until May 2 for entry through June. The next round will go on sale at the start of June, and so on. Click this page (yep, at Recreation.gov) for full details.

Wilderness permits: You'll need these for camping; they'll be distributed starting March 2 for the entirety of 2022's high season. Permits are expected to go fast. Once again, Recreation.gov is the place to go.

Camping reservations: Bad news: Many summer dates are already fully booked. But there are campgrounds that take guests on a first-come, first served basis each day. Since campground reservations are managed by two different systems, it's easiest to just go to Yellowstone's NPS site and have it direct you to the appropriate booking engine.

We think this will be an even-better-than-usual year to visit Yellowstone because the National Park Service will be celebrating the park's 150th anniversary.

Backcountry permits: In high season these can be in high demand, but some 60% are allocated via a lottery held six months in advance. The permits not allocated by the lottery are bookable on Recreation.gov.

Campground reservations: These go on sale roughly five months in advance, starting on the 15th of each month. If you have trouble snagging a campground reservation, you can often get one at the Lower Pines and North Pines Campgrounds, but because both are prone to flooding, the NPS doesn't start taking reservations until it can get a weather forecast several weeks in advance. Otherwise campgrounds accept guests on a day-by-day basis—first-come, first-served.

Half Dome summiting: To do the famous hike/clamber up to Yosemite's iconic rounded peak, you'll need advance reservations. For summer, these are distributed via lottery. Enter to win between March 1 and 31 at Recreation.gov.

Angel's Landing Trail permit: It's now necessary to get an advance permit for visits after April 1. Permits for April and May were already distributed via lottery, but space in June, July, and August will be up for grabs between April 1 and 20. There will also be a day-before lottery for a few spaces available at the last minute. Wilderness permits for the Virgin River Narrows and various canyoneering spots around the park are also required, but these can be obtained the day before your adventure.