Sundays Replace Tuesday As the Day to Book Airfares, and More Savvy Advice From An Expert Source 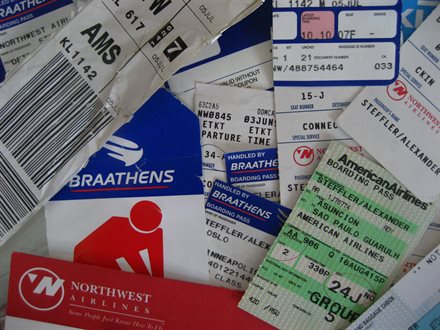 You may have never heard of the Airline Reporting Corporation but you've likely purchased a ticket it has had its "virtual fringerprints" on it. That's because the ARC serves as the middleman between thousands of travel agencies and the airlines. In 2013, the ARC (according to its website) "settled $86 billion worth of carrier ticket transactions".

Translation: the people who work here know about airfares. And every two years, they have their computers crunch data to figure out what the current trends are in airline purchasing. Their results are always surprising. This year, the ARC looked at 129,778,041 ticket transactions and discovered the following trends:

-Statistically, the lowest tickets for domestic travel were purchased 57 days in advance of travel. Those travelers who purchased then tended to pay a fare 19% lower than the average ticket price on that route. That being said, pricing remained relatively flat 50 to 100 days before a trip. Those who booked 49 days or fewer before departure paid significantly more, with ticket prices rising each week closer  to the travel date. A good 24% of ticket buyers purchase their ticket the week of travel and these folks paid the most.

-Domestic prices fluctuated by day of the week of purchase, as well, with Sundays being, statistically, the cheapest day to buy. When the traveler purchased his domestic ticket on a Sunday, and between 50 and 100 days before departure, he saved $100 off the average ticket price. If he purchased the ticket less than 50 days before departure, but still did so on a Sunday, he saved $50 of that average price.

-Saturday is the second least expensive day to purchase, and Tuesday is the cheapest weekday on which to purchase an airfare. Avoid Mondays and Fridays as those are the days on which ticket prices peak.

-For international itineraries, the lowest average rate is found 171 day before departure, with purchasers paying a whopping 27% less than the average ticket price.