Take a Vacation From Driving! A Pedestrian-Centric Website Lists Which US, Canadian and Australian Cities Are Most Walkable and Bikable 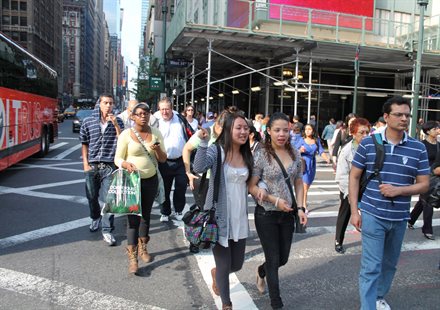 Though its rankings are geared towards residents--and would-be residents--of various cities around the globe, the website WalkScore's 2014 lists are invaluable tools for tourists, as well. I think that most would agree that vacations are more, well, vacation-like when one doesn't have to deal with the hassles of traffic and/or renting a car.

So without further ado, here are Walkscore's lists for best walking, biking and public transportation cities in the U.S.A., Canada and Australia. To read more about which particular neighborhoods in these cities are the best navigated sans car, and how the rankings were determined, click here.

Most Walkable Cities in the US (in order of walkability):

Most Bike-Friendly Cities in the US:

Best City Public Transportation in the US:

Most Walkable Cities in Canada:

Most Walkable Cities in Australia:

Do you agree with these rankings? Which cities would you add? We'd love to hear.