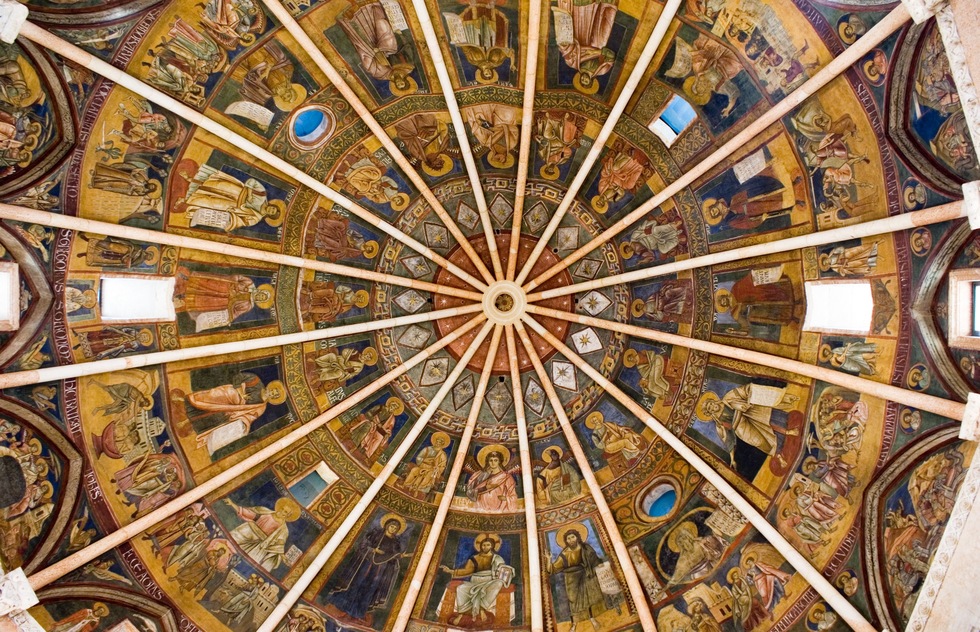 Talking with Frances Mayes About Her Latest Book, 'See You in the Piazza'

Frances Mayes, author of the memoir Under the Tuscan Sun, is to Tuscan travel what ketchup is to Russian dressing.

For tens of thousands of vacationers, her tale—both the book that sat on the New York Times bestseller list for two years, and the Diane Lane film that fictionalized it—was the reason they chose to go this bucolic and beautiful corner of "The Boot."

Now Mayes has a new book called See You in the Piazza: New Places to Discover in Italy that shines a spotlight on other regions of Italy. I spoke with her about her latest work, and what follows is a condensed version of our conversation:

Pauline Frommer: You go well beyond Tuscany in your new book. What made you decide to tackle the rest of Italy as well?

Frances Mayes: Well, we were down in Puglia and having such a good time discovering these tiny places that I had never heard of. And I just got the bright idea: Wouldn’t it be fun to do this all over Italy? Make new discoveries and kind of recover that spontaneous sense of travel.

Frommer: Yes, I got that from the book. And what I think people will get is how different each Italian region is, one from the next.

Mayes: It’s mind-boggling from north to south, [it is like] you are in different countries. You know [Italy] wasn’t even a country until 1861, there were all these little fiefdoms, and the Kingdom of Two Sicilies, and Bourbon kings, and isolated villages. So they just developed their own dialects and pastas and art. I think that’s what makes Italy the most diverse country in the world.

Frommer: How long did it take you to get to all the places in the book?

Mayes: My husband and I packed up our little white Alfa Romeo and we traveled a year and a half. It wasn’t all at once, we came home every now and then, but basically that’s how long it took us and we could have gone on for another three years.

Frommer: And you didn’t have any problems with the car in these tiny hill towns?

Mayes: Well, occasionally we had to back out because the car was a little wider than the medieval donkey-wide streets. But my husband considers, like the Italians, driving to be something of a blood sport. So he truly enjoyed it.

Frommer: From reading your book, I am now really interested in visiting the city of Parma, a place I’ve never been. You give it a lot of space in the book. Why?

Mayes: I practically could move there, I loved it so much…. Parma is a magnificent city, but it's not on the current tourist route. And when I decided to do this book, I wanted to include some well-known cities like Genova, Catania, Torino, and Parma that people don’t tend to visit. Parma has this incredible amount of art by Corregio, and its kind of a snow-globe-type town. It’s just so perfect, it kind of looks like some kind of steel engraving. It has the type of otherworldly air, I think. And I particularly wanted to go there to eat…. Some of the best food in the world is there.

Mayes: Right. They like to cure the meat for a very long time. I went to a hotel that was curing 5,000 [hams] down in the basement, and the whole place smelled like—well, like meat, which sounds weird.

Frommer: You also rave about the Baptistery in Parma, and make it sound like Parma is a city that should be foremost on travelers’ itineraries.

Mayes: Oh, the Baptistery! The Baptistery, I would say, is one of the top ten buildings in Italy and should be seen.

Frommer: I thought it was hilarious that, in your chapter on the city of Turin, you forgot to see the famed Shroud of Turin.

Mayes: [laughs] Yes, I did miss that. And I’ve been back since and still haven’t seen the Shroud. Turin is just full of museums. There are 40 museums in Turin, some of them resplendent [having been created by the] Savoy kings. I had delayed going to Torino because I thought of it as an industrial city, I thought it was going to be gray and dismal…But I got there and it’s the greenest city in Italy. There are miles and miles of shady streets. The river runs through it. It’s very regal, very handsome. You look around and think, Where are all the tourists?, and you realize: They’re in Florence. It’s very undiscovered. And also one of the best places to eat in all of Europe. The restaurants are fantastic.

Frommer: Well you write about the French influence [on the food] and that they have amazing desserts.

Mayes: They have quite fancy concoctions for the desserts. But that royal influence on the cuisine only goes so far because [the region of Piedmont, in northwest Italy] is very rustic. The main signature dish of the area, a stew, has all these wild ingredients in it: meats and rooster combs, and rooster wattles and veal testicles. It’s a bravo dish.

Frommer: Did you try it?

Mayes: I couldn’t. [She laughs.] I’m not into those…bits and pieces.

Frommer: Well, it’s a terrific book. Thank you so much Frances, it’s been an honor talking with you.