If you think passengers are being treated disrespectfully by the airlines—what with ever shrinking seats and ever growing fees—consider what their luggage is going through. Recently, a series of video have gone viral, showing baggage handlers hurling luggage onto conveyor belts in Riyadh, Saudi Arabia, and playing a rough game of "who can toss the bag the farthest" on the tarmac in San Jose, California, to name just two such videos.

It hasn’t just been passengers appalled by these videos. The United States Department of Transportation has been, too. So in September, it did an undercover investigation at 16 U.S. Airports and determined that carriers weren’t doing enough to compensate passengers for damage to their luggage. It announced that, though airlines aren’t liable for fair wear and tear, if “protruding” parts of the bags are destroyed or injured while checked, the carrier is expected to pay, by law.

“Damage to handles, straps, wheels and zippers often extends beyond what is appropriately categorized as fair wear and tear resulting from ordinary handling of baggage,” Blane A. Workie, an assistant general counsel for Aviation Enforcement and Proceedings, wrote in the notice to airlines on November 30. “In such cases, carriers should be prepared to reimburse the passenger appropriately."

The DOT went on to sternly admonish the airlines to accept ALL complaints, whether or not airline workers think they warranted—an issue at many airports. In the course of their investigations, the DOT found posted signs stating that the airlines wouldn’t compensate for damage done to the external parts of luggage—a clear violation of the DOT’s consumer protection regulations. They also found that many frontline airline employees actively discouraged the reporting of luggage problems by passengers. 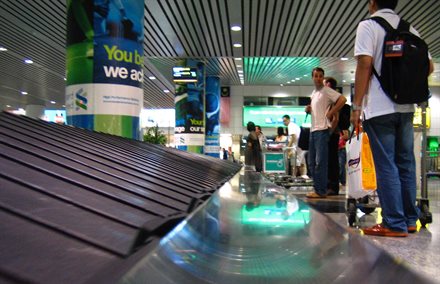 The agency has hinted that it will continue to investigate this issue, meaning that big fines for the airlines could be on the way. Let’s hope this leads to a kinder, gentler ride for our bags.

But if it doesn't—and it's no secret that airlines have been mauling bags for decades—it might be the better part of wisdom to buy a bag with a lifetime guarantee. We recently looked at all the major brands on the market, along with their warrantees, and created this guide to the most protected—and the least.