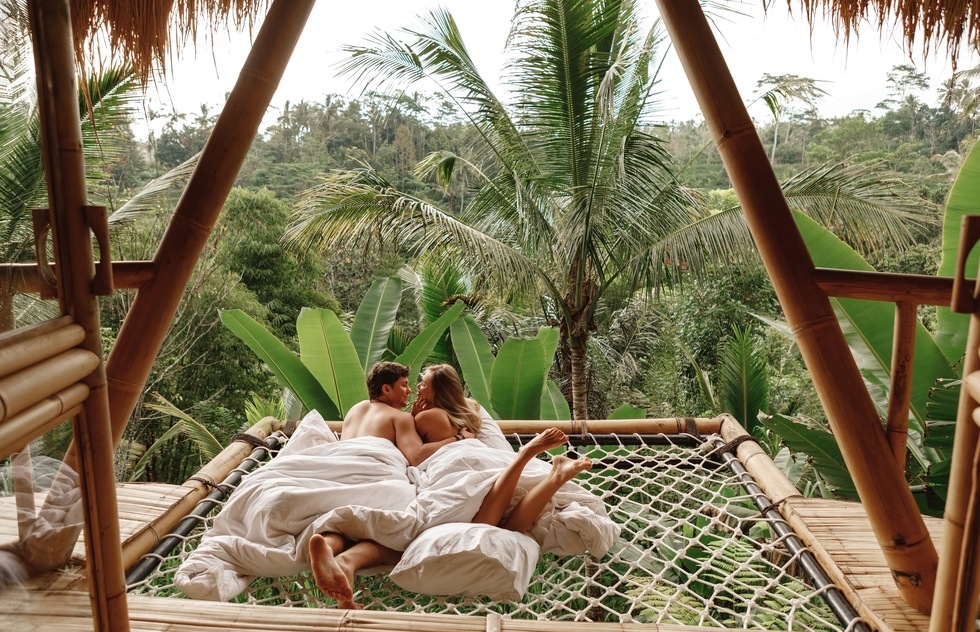 The End of Tourism in Bali? Indonesia Outlaws Sex Outside Marriage—For Visitors Too

The slow creep of religious supremacism in world government has claimed a new victim: one of the planet's most beloved tropical destinations.

On Tuesday the parliament of Indonesia, the third-largest democracy on the planet, passed a raft of some 600 new laws, and under one of them, unmarried couples who have sexual relations can be jailed for up to a year.

The new rules, if signed by the president, are set to take effect within three years and are bound to be challenged in court. They apply across the predominantly Muslim country, including in the global tourism hubs of Bali (pictured above) and at the ruins of Borobudur Temple, a UNESCO World Heritage Site.

Under the law, unmarried visitors wouldn't even have to be caught having sexual relations to run afoul of authorities. All it would take to open an investigation is a report by an Indonesian local, reports BBC News, which would open the door to widespread corruption that turns tourists into easy extortion targets.

Married couples would likely be forced to bring a marriage certificate on vacation with them to avoid potential incarceration for inhabiting the same hotel room. Gay couples would also be at risk because the government of Indonesia doesn't recognize same-sex marriages that may be fully legal elsewhere.

The revision of the national criminal code threatens to upend the tourism industry of Bali at a time when the island's economy is still faltering from the travel bans of Covid-19.

In 2019, a record 1.23 million visitors poured into Bali from Australia alone, many of them young and single. The resorts of Bali are extremely popular for destination weddings, bachelor and bachelorette getaways, and party trips.

In October, Indonesia launched a new 10-year visitor's visa to attract remote workers and entrepreneurs, but how likely is it that single expats would want to live in a place for years without any romance?

Protests in the country's capital, Jakarta, and among tourism professionals were to no avail.

"We deeply regret the government have closed their eyes," the deputy chief of the country's tourism board told Reuters. "We have already expressed our concern to the Ministry of Tourism about how harmful this law is."

The uproar is bound to be huge on this one, and the potential destruction of Bali's tourism industry may elicit some late-game pushback among influential domestic Indonesian forces—so stay tuned.

Update, December 15: Responding to global news coverage, Bali's governor has claimed that tourists will not be targeted by the upcoming enforcement of the law—as long as no sexual contact with an Indonesian person is made. The governor promised that "there will be no checking on marital status upon check-in at any tourism accommodation, such as hotels, villas, apartments, guest houses, lodges and spas," and he also said that investigations of sexual offenses would only triggered by a complaint by a parent, spouse or child of an Indonesian national. His clarification, however, does not eliminate the risk of blackmail by an unscrupulous party.