The How To's of Choosing the Right Broadway Show to See

During the 2012-2013 theatrical season, some 11.6 million people attended Broadway shows in New York City, more than the attendance at the games of all of the city’s major league teams combined. That statistic comes via the Broadway League, which also notes that Broadway shows netted $1.14 billion in grosses.

Which leads to an admittedly rude question on my part. It’s no secret that going to a Broadway show is an expensive treat. What I’d like to know is: were all those people getting their money’s worth? And I write that as a huge theater fan, someone who thinks attending a Broadway show is the quintessential Big Apple experience.

But not all shows are equally worth seeing. And tourists are not as privy to the word-of-mouth reviews we locals hear about current shows, all the time, from our theater-going friends. So here’s my primer on how to pick the right Broadway show to see:

Here’s why: The first cast usually leaves around the 1-year mark, and then a second cast is announced to much fanfare. When it comes to the third go-round, the big-name actors aren’t willing to take over the roles, so they get lesser-known pros in the parts. These second-tier actors aren’t any less talented, but because they have no clout they never get to rehearse with the director and put their own mark on the role. Instead, they are “put in” by a stage manager, and are expected to re-create what the previous actor did; that can lead to wooden, dull performances. The chorus, which usually stays with the show for a few years, simply becomes bored and starts sleepwalking through their performances.

You can find out how long a show has been on by calling the theater; asking the folks at the TKTS booth; looking at Telecharge.com (which lists when shows opened); or checking The New Yorker magazine, which lists “long-running” shows separately in its theater section. 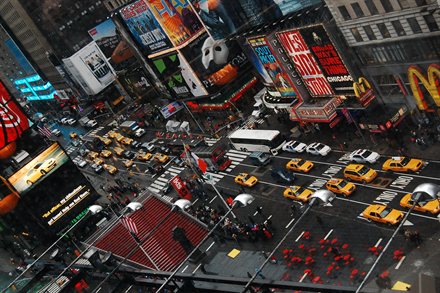 Beware the “un nominated” Broadway shows: It doesn’t matter which shows win a Tony Award—that’s pretty much a crapshoot. But the nominating committee, which is made up of distinguished theater professionals—actors, writers, producers, and the like—is savvy about theater and usually does a good job rewarding the most interesting shows with nominations in late May. If a new play, musical, or revival can’t manage to get a nod (and in some years there’s very little competition for nominations), take it as a sign that your theater dollars may be better spent elsewhere. Each show that gets nominations will trumpet that fact in their ads. (But don’t punish the Off-Broadway shows, as only Broadway shows are eligible for the Tonys). A good source for this type of information is the Telecharge.com site, which lists nominations and awards for each show.

Do some research before you buy: The Web is a treasure trove of information, including past reviews of shows. Instead of going blindly to the TKTS booth (a source for discount tickets in Times Square), surf to www.nytimes.com or www.nymag.com before you get to New York and pick a show that’s garnered a fair number of good reviews. While the reviewers aren’t always right (and lately, I think the New York Times critics have been really off in their recommendations), at least by reading up you’ll have a better idea of what the shows are about.

Avoid “Juke Box” Musicals: Mamma Mia set off a frenzy of shows that simply take the catalogue of some famous pop composer and then string songs together with a silly, inorganic story. In most cases you’ll hear better renditions of these songs at your local theme park. The one exception may be Jersey Boys, which managed to use the catalogue of The Four Seasons in a creative, and ultimately, quite moving way.