The One-Percenting of Disney: Who Loses, Who Wins 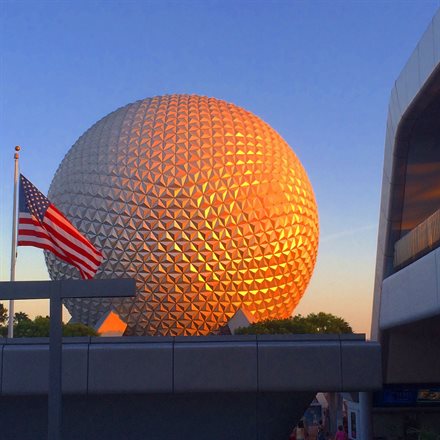 Every few months, American news outlets erupt with a new round of rueful Disney coverage. Every spring, admission ticket prices shoot skyward, and this week, it hiked its annual pass rates as much as 31%—an insane inflation by any standard. Disney parks are as crowded as ever, but the company seems to be entirely tone deaf to the real takeaway behind the constant drumbeat of bad press: Disney is in trouble.

This week's price hike announcement was sold to the press with a new, telling excuse. The hikes "will help us manage strong demand and continue to deliver a world-class experience," offered a Disneyland spokesman.

That rationale says a lot: Disney has now officially confirmed that prices keep ascending as a crowd management tactic. And from that reality tumbles a host of troublesome truths for Disney, that once-proletariat American institution.

First, Disney has turned its back on the poor. Frommer's was among the first to write about how a Disney vacation is only for the wealthy (see "As Disney World Tickets Break $100, There Are Signs Disney Vacation Are Only for the Rich," Feb. 2015). But raising rates to keep out the riff-raff and thin crowds is directly contrary to Walt Disney's intentions for his original park. He charged people a nominal fee to enter so that families of all income levels could enjoy it. Parking was also dirt cheap. Instead, people paid per ride. That way, no child would be denied the thrill of walking through Sleeping Beauty Castle.

Also buried in the announcement of the hiked pass rates: It now costs $20 to park a car at a Florida park, up $3 overnight. You can add that to the more than $100 Disney already collects to let you in the front gate.

A friend of mine, someone who is passionate about Disney history and deeply respectful of the company's culture, sadly reported on Facebook that it would cost $750 to take his family to a Disney park for a single day. So he just won't go anymore.

Why should his feelings (mirrored by millions of other families) matter? After all, the parks are crowded. Because from a brand management perspective, it's disastrous in the long term. Here's why: A grown-up with money to spend takes their kids to Disney because of their own fond memories of being taken there as a kid. But as more parents refuse to pay Disney's usurious crowd-control prices, fewer kids will visit and build that brand loyalty. Just as bad, the families that do go today will complain bitterly about what it cost them to participate in this great American tradition. The more young people don't care or bring home negative family memories, the bigger the risk that the current generation will burn out on Disney.

Disney is also entertaining the idea of "surge" pricing that will hike rates even higher during busy periods. If that goes through, prices will be highest during school vacation periods, meaning families of average means will have to take their kids out of school to go to Disney affordably. The company subtly already cultivates itself as the Hooky Vacation through years of TV ads in which parents surprise their kids with Disney vacations, but when hooky is the only way Mom and Dad can afford to go, it becomes a lot less sweet (and a lot less beloved by educators).

Because Disney admits prices are shooting up to control crowds and not to cover expenses, then that cash bonanza is mostly profit and it begs another question: Are its cast members getting raises? According to GlassDoor.com, the average cast member earns less than $10 an hour. Now that all this extra money is flowing in simply to deter poor people from coming, will the company distribute that to the people with some of the most perpetually depressed wages in Central Florida?

Disney isn't doing much to sweeten the pot and justify crazy prices. In a limp attempt to cheerlead the pass price increase, it added a few pathetic inducements to a few of the even-more-expensive passes, such as the right to download photos taken of you by park staff for free, but this perk costs Disney nothing, since photography staff is already in place. This all leads to the obvious puzzle: If the parks are so crowded that Disney is willing to commit PR hara-kiri to curb them, then who is going? Someone must be, because the six Disney parks in the U.S. are packed.

The people who are going are the ones who can afford to. Obviously, the first group is the rich—people who can afford crystal castle replicas on sale in the shops and $40 entrees served in the sit-down restaurants. The other major audience, though, is foreign visitors, who tend to be able (often, due to circumstance or exchange rates) and willing to spend as much as it takes. At Walt Disney World in Florida, overseas visitors are one of the most important visitor sectors, and they more they come, the fewer Americans can come. This is why, in effect, middle-income Americans are being squeezed out of the Walt Disney World parks even though they remains as crowded as ever. People are going: They're just from somewhere else.

Disneyland in California, neighbors of the park are the biggest audience, and many of them have annual passes. One of those passes went from $750 to over $1000 overnight this week.

There will be winners in the one-percenting of Disney. Disney shareholders will win, to start with—but only for now, before its reputation sours for good. Universal in both Orlando and Hollywood, which has plenty of room in its attendance figures to absorb those turned-off Disney fans, and in whom corporate owner Comcast is, even now, pouring billions of dollars for more hotels and attractions to catch all the coming defectors. Knott's Berry Farm will absorb many family visitors in California. Even SeaWorld stands to gain in both locations as long is it can mitigate shabby public relations of its own.

But I also hope Florida in general is a winner. Disney has never been a good neighbor, partly in lame wages, and also by stealing visitors from other worthy attractions. The first that comes to mind is Kennedy Space Center, the place where American launched the Moon Shots and the Space Shuttles. Attention spans for the miracles of American exploration have withered compared to attention spans for princess dresses and mouse ears—and I hope that Americans  who feel Disney is telling them they're no longer welcome can remember their country's real-world achievements once again.

I could write a book just on the spiritual value of Disney within American culture, and it's with that level of affectionate truth-telling for the brand that I write Frommer's EasyGuide to Disney World, Universal, and Orlando. Every time the U.S. media publishes another story about Disney's wayward pricing methods, there's a flood of comments from everyday people about how much they hate Disney and have no desire to return. That's not only risky to the future of a company. It's also risky to an American institution as influential and epoch-making as Disney's.

If McDonald's started charging $20 for a hamburger or Oreos cost $15 a pack, even though I rarely eat both, I'd feel the same sense of regretful nostalgia and wish I could do something to stop my cultural touchstones from succumbing to the temptations of their own success.