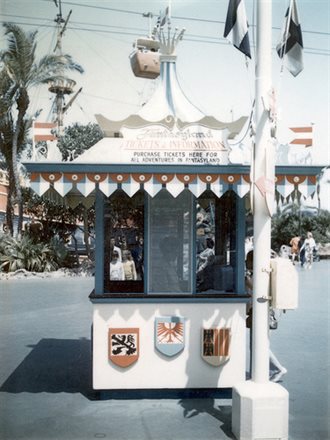 One of the most thoughtful features of a visit to Disney World has become much less thoughtful.

For years, anyone who visited the four theme parks in Orlando, Florida, could pop their ticket into kiosks placed near the most popular attractions and receive a reserved time to ride later in the day that would allow them to bypass the regular line. After a short period, then they could fetch another Fastpass for something else. It was a brilliant way to slice long waits.

That system is being dismantled. Now, to collect a Fastpass, day visitors must troop without delay to a central location, called a MyMagic+ kiosk, presumably to line up and then to request Fastpasses for up to three attractions a day. If they want to change their selections, they have to go back to the kiosk again. (There is a smartphone app that will help you keep track of your reservations, but so far, only people who pay over-market rates to stay at a Disney-owned hotel can use it for that purpose. In effect, if you don't spend the money to stay at a Disney resort, you are now a second-class citizens when it comes to ride access.)

Paper Fastpasses have been unplugged at the most popular theme park on the planet, the Magic Kingdom, as well as at Disney's Animal Kingdom. The other two Florida theme parks, Disney's Hollywood Studios and Epcot, are expected to follow suit soon. Even now, the information offered on Disney's website offers a mix of advice between the old system and the incoming Fastpass+ system.

Visitors who are staying at a Disney resort are also subject to pre-planning their Fastpasses now, although they can plan days ahead (people who drive in for the day can't) and they can also change reservations using an app (day visitors can't). They'll link their schedules to encoded wristbands, called MagicBands, that enable them to plan their schedule before they arrive. (MagicBands also enable Disney to track their purchases and their movements, but that's another topic.)

Disney is selling this as a wonderful advance because you can "enjoy the confidence of knowing that some of your must-do experiences are locked-in before your visit," but in practicality, the new plan sucks a lot of the spontaneity out of a day at Disney World.

No longer can you pass by an attraction, decide it looks promising or the line looks too long, and grab a Fastpass to see it later. Now, you have to pre-research everything before you set foot in the park so that you'll know what you want to do later.

And because not all rides have long waits, you're bound to waste your precious Fastpass allotment on a few attractions that you could have seen swiftly without one. How can you know what's worth Fastpassing until you see how long the line is?

The new Fastpass requirement adds an enormous additional research requirement as well as a some extra footwork back to the central MyMagic+ kiosks if you want to change anything—provided there are any slots for your favorite rides left when the day of your visit arrives.

The new Fastpass system will create a whole new army of stressed-out moms and dads who spent weeks of their pre-vacation time mapping out their Disney vacation with pinpoint, military precision, and on the big day, countless families will feel unwelcome pressure to stick religiously to the plan, hunched over the My Disney Experience app on smartphones with fast-draining batteries, no meandering or side trips allowed. Have fun, kids!

Visiting a kiosk to arrange ride tickets is something of a step backward for the Disney empire—in the early decades of the parks, the gate admission was much lower, to enable people of all income levels to visit (so much for that), but just like at a carnival, everyone had to purchase ride tickets to see the attractions that interested them. It was a major hassle. You'd often see kids and Mom standing bored in front of Peter Pan's Flight while Dad was off waiting in line at ticket kiosk. Those days are back for people who haven't locked their plans down days in advance.

I haven't had a chance to try the new system yet, but obviously, I'm not excited about it. When Florida's Disney World introduced the Disney Dining Plan years back, the flood of pre-paid food package purchasers made it nearly impossible to enjoy one of the core pleasures of a Disney visit, which was strolling into any sit-down restaurant that interested you and having a relaxed meal. This is one of the several reasons (listed here) that I do not like the Disney Dining Plan.

Now, thanks to the Dining Plan, the nicest restaurants are booked months in advance by all the people trying to make their dining packages pay off. The system suits Disney because it keeps guests firmly on property, spending their credits, but it's terrible for the experience of leisurely park-going.

Same for the new Fastpass system. It's one more research burden on you. Now you pretty much have to know the Florida parks from top to bottom before setting foot in them, otherwise all the best reservations will be snatched up and you'll have to wait longer than everyone else to do anything.

I personally wrote the new Frommer's EasyGuide to Walt Disney World, and it arrived in bookstores last week (click here). And just in time—thanks to these new changes at Disney, you're going to need it more than ever.