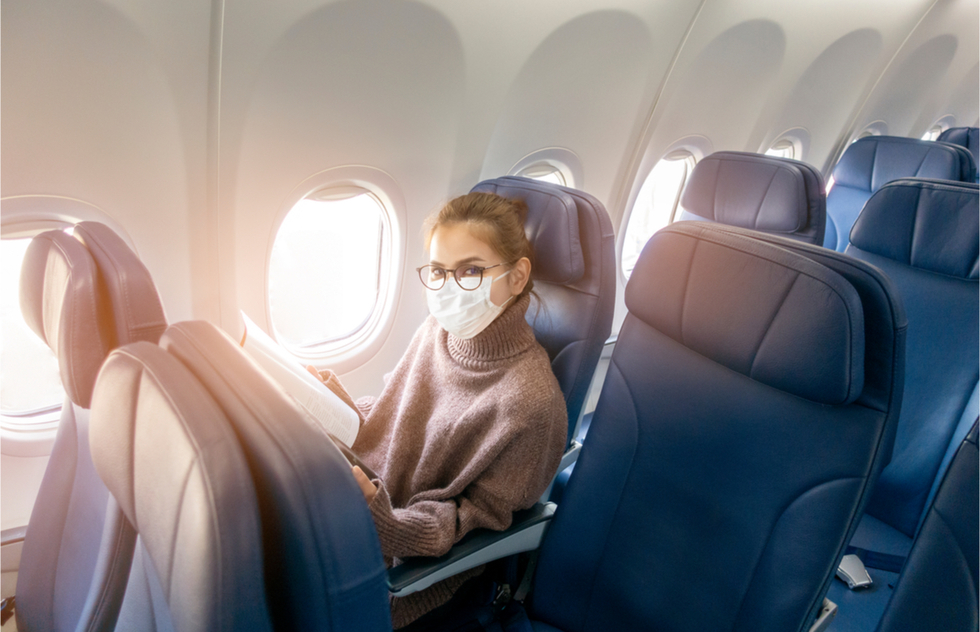 The Penalty for U.S. Airline Mask Scofflaws Doubles Overnight and Is Now As High as $3,000

As of September 10, the penalty will double if you refuse to wear a mask at airports, on airplanes, and on other forms of transportation, according to the Department of Homeland Security.

"The new range of penalties will be $500–$1,000 for first offenders and $1,000–$3,000 for second offenders," according to the revised notice on the Transportation Security Administration's advisory page.

The original order went into place last January and is currently slated to expire on January 18, 2022, but there have been many complaints that enforcement has been too lax.

Last week, a TSA officer stationed at a Florida airport died of Covid-19.

Judging by the presidential tone during the announcement, the days of permissiveness seem to be over.

"My message to unvaccinated Americans is this: What more is there to wait for? What more do you need to see?" Biden asked during the announcement. "We have been patient, but our patience is wearing thin. And your refusal has cost all of us."

The president indicated a new willingness to sternly enforce rules that, up until now, the government attempted to cajole citizens to follow on their own in good faith.

"And by the way, show some respect," said Biden. "The anger you see on television toward flight attendants and others doing their job is wrong. It’s ugly."

If you're worried about flight attendants bringing disease of their own on board, something is being done about that, too. The U.S. government, operating through workplace protection agency OSHA, will require all American companies with more than 100 employees to mandate either vaccination or weekly Covid-19 tests for staff.

The Association of Flight Attendants, which represents some 50,000 workers from 17 airlines, has not yet commented on the order, but when the mask mandate was extended in August, the group issued a statement that endorsed the directive because it "will help tremendously to keep passengers and aviation workers safe."

The increased penalty for mask defiance was bundled with a host of other toughened measures affecting workplaces and public gatherings, sending a clear message that the health of America's economy and daily life can no longer withstand the damage being done by the ongoing Covid-19 disaster, and more strategic and firm requirements are necessary for the greater good.

The entertainer RuPaul attacked selfish passengers even more bluntly in August. "It’s getting serious out there, so Mama Ru has some rules for the unruly," RuPaul said on Jimmy Kimmel's talk show. ”If you don’t own the plane, you don’t make the rules!"