The US to Europe Each Way From $178, Including Taxes and Fees?!? Looks Like Christmas Came Early This Year

You may have never heard of Norwegian Airlines but this well-established, budget airline (its akin to Ryanair and previously only flew within Europe) is determined to enter the US market with a splash. How else to explain a fare that undercuts the competition by literally hundreds of dollars?

Here are the details:

The lowest fares are available for May travel from New York's JFK Airport to Bergen, Norway from just $178 each way, including taxes. Flights, going there and back, are Fridays only, so this isn't the most flexible of sales, but hey, at these prices whose complaining? As the summer moves forward, prices increase by $200 to $300 each way, but are still (often) lower than the norm.

And if Norway isn't on your radar, know that Norwegian has almost as good deals to London, starting at $296 each way from Fort Lauderdale, $344 from Los Angeles (again each way), and $288 from New York. Oslo, Stockholm and Copenhagen are also being marked down from those gateways (and from Oakland in the case of Oslo and Stockholm).

This is a "get it while its still being offerred" sale, so don't delay in booking if this interests you as it will be withdrawn when the seats are sold. And flights will sell out, and quickly. Here's a link: http://www.norwegian.com/long_us Lykke till! (That's "good luck" in Norwegian). 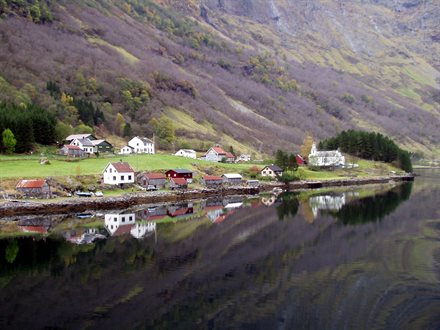