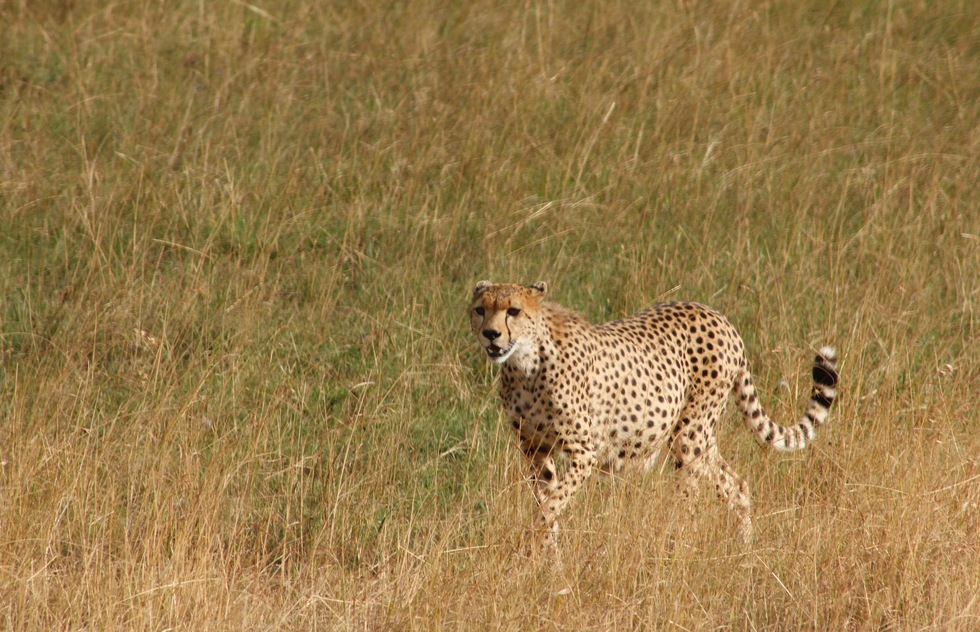 Thinking of Taking an African Safari? Some Tips from an Expert

African safaris: They are, for many, at the tippy top of the bucket list. But the how-tos for finding the right one have shifted in the last few years, so old conventional wisdom may not necessarily apply. On our Frommer's national radio show, I spoke with Sunit Sanghrajka, president of Alluring Africa, a company that plans custom safaris for individual travelers, to get his advice. Here’s a bit of our conversation.

Pauline Frommer: What are some of the biggest changes you’ve seen for visitors to Africa?

Sunit Sanghrajka: Infrastructure has changed dramatically in Africa, in the areas that we go to. There are more scheduled charter flights available, there’s more lift from city to city. Instead of putting people in a vehicle and driving them down a bumpy road, we can fly them from point to point very easily. It’s more cost-effective than ever before to do a flying safari.

Frommer: Where is this the case?

Sanghrajka: In the Masai Mara, 30 years ago there was one airstrip. Today there are probably 20 airstrips in the Mara and in the surrounding conservancies, where it’s almost like a milk run flight. You have a flight that leaves Nairobi that stops at various airstrips to drop off passengers and pick up passengers. So the economies of scale have come into effect. In Botswana, they call Maun the "Dragonfly Capital" because they have all of these flights that leave from Maun to go to these various camps in the middle of nowhere. Twenty years ago, if you wanted to go to a camp in Botswana, chances are you had to charter a flight. Now, on a daily basis, there are a dozen flights. If you look at development within Kenya today, the Chinese have built major highways and railroads and all kinds of things that make it a lot more accessible for people to get from point A to point B.

Frommer: But has that made the classic safari areas too crowded? A listener called into my radio show recently to complain that he went to the Masai Mara and saw very few animals. And he said when they were able to find some lions, they had to look at them with a dozen other vehicles. How can one avoid this kind of situation?

Sanghrajka: Typically if you travel with an outfitter from the U.S. that doesn’t just focus on Africa, you won’t get the same type of well-planned itinerary that you’d get with a specialist like us. And you won’t be subject to the same issues that this person is complaining about. National parks [are places] anyone can go, so you’re going to have local visitors, you’re going to have day trippers, you know—there’s no control. And that’s when you’ll have 20 vehicles around a lion. But there are private conservancies or private concessions within the national parks, and we try to put our clients in those areas where they’ll be the only people traversing that land. So the experience becomes a lot more intimate.

Frommer: I know that the time of year you go on safari also will greatly affect what you see and how many other visitors will be with you. What’s your advice there?

Sanghrajka: We discourage people from traveling to the Serengeti in, say, July because everyone wants to be there in July. So we say, could you go in September or October? We can get you a comparable experience, without the crowds. June, July, and August: It’s going to be overrun, especially in the national parks.

Frommer: OK, so summers aren’t going to be good. How about the spring months, say a spring break in March?

Sanghrajka: March is actually one of my favorite times to be in Tanzania and Kenya. If you were to go to Tanzania in March, that’s the calving season. So a lot of the wildebeest who have migrated from Kenya into the Serengeti, that’s when the wildebeest have had their calves because there’s a lot of green, a lot of nutrients available. Southern Africa, especially South Africa is fantastic in March. It’s the tail end of the summer going into fall, so that’s a good time to go. And you can also go to Botswana. You have a little more rain at that time of year, but you get to see a lot of the species that you may not see in the dry season. And the contrast in colors is absolutely incredible because of vegetation.
Local Experiences
National Parks
Outdoor & Adventure
Photography
Vacations