Tickets to Be Required To Enter Cinque Terre, Italy's Most Overloved Region

From a distance the sight is idyllic: five cliff-hanging fishing villages, their buildings painted colors usually reserved for blush and lemonade, the dazzling blue Mediterranean sparkling in the background, view-rich hiking trails leading visitors from one  burg to the next. But step on the cobblestoned streets of Monterosso al Mare, Vernazza, Corniglia, Manarola, or Riomaggiore, and you'll encounter a less picturesque scene: Adele concert-sized crowds, pushing their way through tiny, winding streets, packing piazzas, and drowning out the sound of anyone speaking Italian.

Last year, some 2.5 million tourists—many on day trips from cruise ships—inundated the little towns and hiking trails of the Cinque Terre. So the officials in charge of the region—considered a historic park and named a World Heritage Site by UNESCO—have said enough is enough. Though the exact mechanics are not yet in place, officials have announced that, very soon, an online ticketing process will go up, in an attempt to dissuade 1 million visitors a year from heading here. Not only that, roads are being fitted with special sensors to gauge just how many are visiting daily. When the limit is reached, roads will be closed and holidayers turned away. People who STILL want to visit (would you?) will have access to an app, also being created by the government, that will tell, in real time, just how bad the congestion is in each city. Officials hope these drastic measures will help protect the landscape of the region for future generations.

Our advice for the Italy-bound?

Or the exquisite and under-visited city of Bologna.

Or the region of Basilicata.

Or four-dozen other less well-known places on The Boot where la dolce vita can still be experienced—without the masses and among actual Italians.

(Note: The English language version of this story was first broken by The Guardian.) 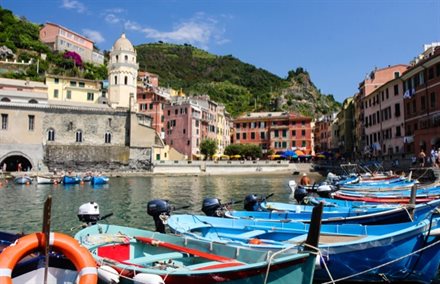