Today's Eurail Pass: A Conversation on What Travelers Need to Know

The Eurail Pass is not new, but it’s still not as well known among first-time travelers to Europe as it should be. The pass, which has a number of different iterations, allows vacationers to hop on and hop off European trains within a set number of days each month, for one reasonable rate. It allows those who wish to see a number of different destinations on the continent to do so in a convenient, and relatively hassle-free, fashion.

I recently had the pleasure of speaking with Nadine Koszler, a spokesperson for the Eurail Group, about new developments with the Pass.

Pauline Frommer: When I was younger, I popped all over Europe on a Eurail Pass. Is it mostly still students primarily, using the passes? I know we did it so that we could save money by skipping hotels some nights and simply sleeping on the trains.

Nadine Koszler: I would say that it’s a bit of a misconception that it’s primarily youth that use the Eurail Pass nowadays. About 60% of our North American customers are from an older adult demographic, above 26 years of age. It’s still very popular with youth passengers, particularly since they get 35% off the standard adult pass price, but one of the key things for us is we’re seeing an increasing number of families traveling with the Eurail Pass.

Koszler: It has partially to do with the fact that in 2015, we introduced the “Children Travel for Free” program which allows two children up to the age of 11 to travel with two adults absolutely free. So it allows families to have an affordable and very memorable experience.

Frommer: We hear from a lot of readers who want to go to Europe, don’t want to take guided tours but are nervous about navigating the train system. Should they be?

Koszler: Absolutely not. One of the key things is that the rail environment in Europe is very different to North America. The infrastructure is really strong. Europe is very well-connected and accessible by rail, both the major hot spots as well as some really great hidden gems, smaller villages and more hidden destinations. With the Eurail Pass visitors have access to over 10,000 railway stations in 28 different countries, so the itinerary options are really endless.

Frommer: But some travelers are nervous about simply finding the right track in a place where the first language isn’t English or reading time tables.

Koszler: Getting on the trains is a simple process. There are helpful staff around who speak many languages should you have any questions. And when you’re on the trains there are many great amenities: you have clean toilets, its disabled friendly in many cases, there’s often Wi-Fi, dining cars.

Frommer: And I’d say one of the biggest perks is that you go from the center of one city to the center of another, so the train can end up being faster than flying within Europe, especially when you factor in the time spent getting to airports and going through security. That’s especially true for those destinations linked by the wonderful high speed trains of Europe. 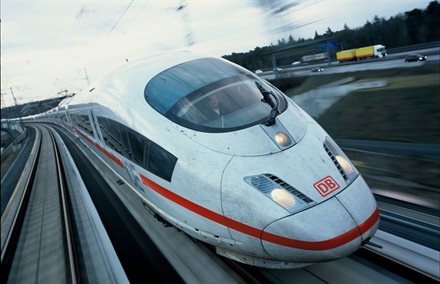 Frommer: Are any types of Eurail passes that are particularly popular?

Koszler: Yes, the Global Pass which provides access to 28 different countries in Europe is our most popular, but one thing that we are seeing is that people are often opting for the select pass, which is for two-to-four bordering countries or just one country, which allows for people to explore one country or region far more in depth. I think part of the reason for that is that vacation days within North America are quite limited. So choosing a smaller area allows them to have a quality experience and allow them to dive more deeply.

Frommer: Interesting. And for people who’ve never used the Pass, one of the fun things about it is it’s flexibility, the ability to hop on and off at will.

Koszler: Yes, one of the fantastic things about the Pass is that it allows for unlimited rail travel. So a passenger can take as many train trips as they like on one of their travel days. So you can be in Florence in the morning, have breakfast on a lovely terrace there, jump on the train, hop off in a charming Tuscan village for lunch and a stroll and then travel down to Rome or off to the Greek isles. It’s all very accessible.