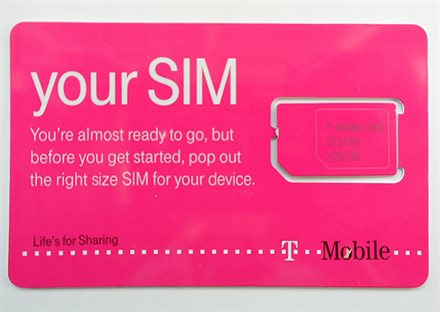 Travelers who purchase SIM cards for lower-cost mobile phone rates in the United Kingdom are finding their ability to surf the Web freely has been curtailed.

All the big mobile phone providers now use the British Board of Film Classification (BBFC) to judge which websites are "adult" themed and which are deemed pure for all eyes. By default, anything with an adult classification is blocked and won't come up on travelers' smartphones. Single travelers and gay and lesbian travelers, in particular, are discovering that many of the apps and websites they use to meet new people are being censored—despite the fact that, at least in the case of iPhone apps, Apple already has its own controversial censorship rules in place.

Adult content locking seems, on the face of it, to be a logical protection for children, but in practice, the system is biased against tourists. It's very difficult for adults who live outside of the United Kingdom to voluntarily remove the default censorship settings and view anything they choose. T-Mobile, Orange, and EE, for example, claim customers may prove their age by taking their credit card information. Yet, tourists soon discover, it won't work for cards that are registered outside of the U.K.

It also doesn't matter if users have purchased the SIM card with a credit card to begin with since most of them are sold by third parties who don't report the method of payment.

The only practical way to remove a block is first to "register" your card, usually on its website. Same problem there, though—you usually have to have a U.K. address, which few tourists have.

Tourists have taken to slyly registering the address for their hotel instead (if you do that, write it down, because if you need to call for phone support later, you'll have to be able to supply the hotel's postcode to verify your identity). In some cases, customers have had to email photos of their passports to prove they're as old as they say they are, which is a privacy concern.

Customers can theoretically get a block removed by visiting a storefront operated by that particular network. However, many big players who sell a lot of SIM cards, such as the low-cost player Lebara, have nearly no retail presence. And these phone companies are set up for volume transactions, not customer service—if you telephone them, you get only a maze of recordings and menu options, and to speak to a live person, you have to pay extra.

Default censorship is about to infiltrate British laptop surfing as well—new rules that automatically filter adult content from Internet providers is on its way. How that will affect the Web freedom of tourists has yet to play out. It's feasible that in these increasingly politicized times, individual hotel managers will have the power to retain the automatic filters, in effect deciding whether their GLBT guests will be permitted to view websites that the BBFC deems "adult."

Packing an unlocked, out-of-contract smartphone on vacation and buying a temporary local phone number remains far and away the cheapest way to access your mobile phone in Europe. Just be aware about the time you'll waste jumping through hoops to protect the theoretical children who may not have joined you on your trip.