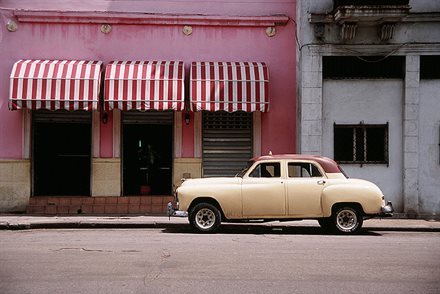 Trump Administration Announces Bans on Cruises and Tours to Cuba

The other zapato has dropped.

In April, White House National Security Advisor John Bolton announced that the Treasury Department would soon implement new regulations to restrict non-family travel to Cuba. But I don't think anyone expected the roll-out of those new regulations to be as abrupt, messy, or sweeping as the ones announced today turned out to be.

On Tuesday afternoon, the Treasury Department released new amendments to the Cuban Assets Control Regulations (CACR), which will ban all water-borne travel to Cuba, as well as most tours.

Let's deal with cruise travel first. "Cruise ships as well as recreational and pleasure vessels are prohibited from departing the U.S. on temporary sojourn to Cuba effective tomorrow,” wrote the Commerce Department in a statement sent to the Associated Press. Direct commercial plane flights to Cuba will be allowed to continue to "broadly support family travel and other lawful forms of travel," said a State Department spokesperson.

Problem is: As I write this, there are ships from the major cruise lines, with thousands of people on board, en route to Cuba.

Frantic negotiations are going on behind the scenes to figure out whether these boats will be able to dock in Cuba or will have to be re-routed.

The Associated Press spoke with Pedro Freyre, a lawyer representing Carnival and three other major cruise lines, about these issues. He told the AP that the cruise lines were working with the government to see “if there’s any opening there to at least complete trips that have been booked and passengers that have made travel plans.”

What will happen to tour groups is as fuzzy. According to a Treasury Department release, the permission to run group "people-to-people" tours for American citizens has now been rescinded.

But there are two grandfather clauses. The first one "provides that certain group people-to-people educational travel that previously was authorized will continue to be authorized where the traveler had already completed at least one travel-related transaction (such as purchasing a flight or reserving accommodation) prior to June 5, 2019."

The second provision is odder: "Please note that travel-related transactions continue to be permitted by general licenses for certain categories of travel and certain authorized export transactions." The press release links to a web document with no solid information on what types of licenses are still authorized.

To try and untangle all of this, I made over half a dozen calls to different players in the industry—travel agents, cruise execs, tour operators. The bottom line: confusion.

Only one person, Stacie Fasola, a spokesperson for Road Scholar, a non-profit travel company that operates ten tours to Cuba, would go on record. She said "the change will not impact Road Scholar's authority to bring Americans to Cuba. We will continue to do our programs there." Fasola says the company's touring activities will be grandfathered until 2020.

So, Road Scholar gets a temporary reprieve. But at this stage it's only temporary, and other companies won't be as lucky. In the Associated Press' story, Collin Laverty, head of Cuba Educational Travel, one of America's biggest Cuban travel companies, sounded a much more somber note about the new ban. "It kills the people-to-people category which is the most common way for the average American to travel to Cuba,” he said.

So what does all this mean for travelers who are booked to go to Cuba? Your cruise will be cancelled.

But the outcome is unclear if you're on a land-based program. If you have already paid (or paid by the end of June 5) for some part of it, you would seem to be guaranteed a Cuban vacation. But, as an industry watcher, I'd note that tours are often cancelled when they aren't fully booked. And the companies offering these programs will not be able to fill unsold rooms on these tours after today, meaning that some will definitely be cancelled.

I would suggest you reach out to your travel provider in the coming days and weeks to pin down what's happening with your vacation.

As an American, I am seething, and not just at the shockingly chaotic way these new regulations were rolled out.

Can you imagine what it must be like for all the travelers already on board those ships, not knowing what the next few days of their hard-earned vacation will bring?

As citizens of the United States, we should have the right to travel where we want to and when we want to.

The only exception to that rule should be a ban on travel to areas of the world where our country is at war. That clearly doesn't apply to Cuba.

I hope you'll join me in writing to the Treasury Department and the State Department to protest.

If we silently sit back while our right to travel is curtailed, who knows what rights will be snatched from us next.

Update June 5: It seems the cruise companies were unsuccesful in getting the government to grant a license for those cruise ships already on route to Cuba or about to leave. The Carnival Cruise Corporation just released the following statement: "Carnival Corporation confirmed today that due to changes in U.S. policy, the company will no longer be permitted to sail to Cuba effective immediately. Currently, Carnival Corporation is sailing to Cuba on Carnival Cruise Line and Holland America Line, and Seabourn has been scheduled to begin sailing in November to Cuba. Additional details will be provided for currently booked cruises by the cruise lines."