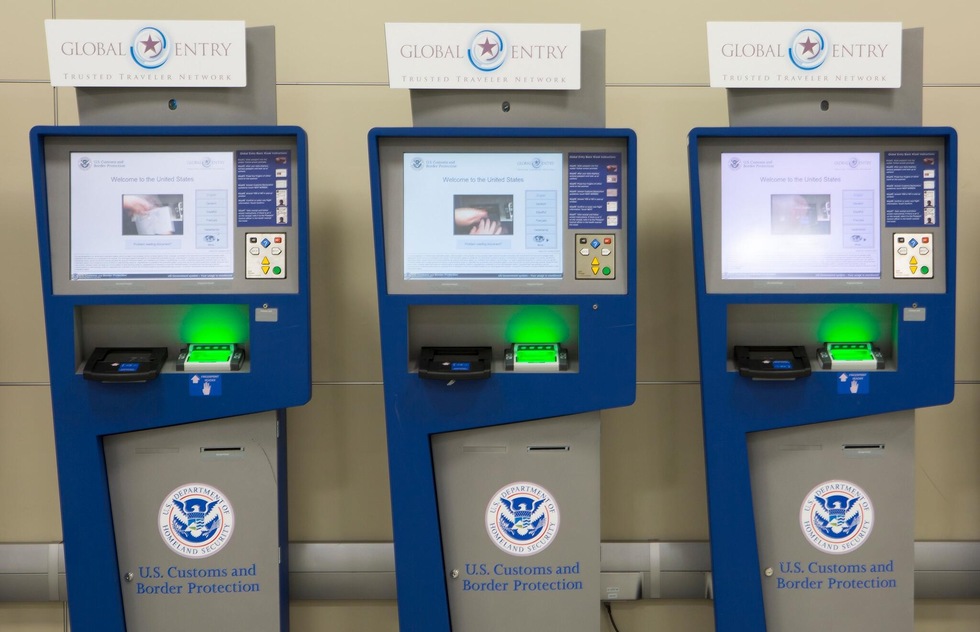 Trump's Global Entry Ban for New Yorkers Doesn't Add Up, and It's an Outrage

“New York hates you,” a heckler shouted, part of the crowd that gathered in Manhattan when Donald Trump went to his polling place in 2016 to vote for himself (according to BBC.com).

It looks like Trump is now returning the raspberry. And then some.

The reason given: New York State’s recently enacted “Green Light Law,” which allows undocumented New Yorkers to get driver’s licenses. Under that law, the DMV is not allowed to share the data it collects on drivers with any of the federal agencies that enforce immigration restrictions unless a court order is issued.

On Fox, Wolf claimed that New Yorkers "Can't enroll or re-enroll in these Trusted Traveler Programs that Customs and Border Protection offers because we no longer have access to make sure that they meet those program requirements.” According to Wolf, without access to DMV data, the bureaucrats who vet travelers for these programs would no longer be able to verify New Yorkers’ birth dates or other relevant information.

Now, I know that Wolf is only the “acting” and not the confirmed head of Homeland Security. But shouldn’t someone tell the guy about the existence of passports? And birth certificates? And the myriad other documents that would-be travelers have been supplying to pass these tests since Global Entry was introduced in 2008?

He should also know that all of the info that he would need DMV checks for can be obtained by other means, including from the FBI.

Global Entry applications already go well beyond just supplying ID. Would-be trusted travelers already have to undergo background checks, face-to-face interviews, and full fingerprinting. The idea that suddenly only the DMV verification should count is laughable and not supported by the facts.

Here’s why: New York State holds the record for having the lowest number of driver’s licenses per capita of the United States, according to StateMaster.com. That’s because many residents of New York City don’t own vehicles. They live in a city that is easily navigated by public transportation, so only 59.5% of the adult population of the Empire State has a license to begin with.

One wonders: If driver’s licenses are allegedly so crucial to the process, why has Global Entry admitted all those license-free New Yorkers for the past 12 years?

Taking Wolf at face value, one wonders why the response had to be this extreme. Couldn’t the Department of Homeland Security simply have raised the bar for New Yorkers, telling them that they would have to supply other pieces of ID beyond driver’s licenses? Why an outright ban?

So that points to an unintelligent implementation of the new ban. But there may be darker motivations at work.

Many people following this nasty scuffle feel this traveler-unfriendly move is a way for Trump and his allies to attack legislation that they felt was “soft” on illegal immigrants.

The newly passed law that offended him was supported by the majority of law enforcement officials in New York State, as it ensured that those behind the wheel would be identifiable should accidents occur.

In certain areas of upstate New York, county clerks had been defying the new law and refusing to issue licenses to undocumented drivers. They had their allies in Washington.

“This is unbounded arrogance, disrespect of the rule of law, hyper-political government — and this is another form of extortion,” New York’s Governor Cuomo told WAMC Northeast Public Radio today.

I personally think something deeper is at work here. President Trump has long been proud of his vindictive streak. In 2011, when addressing the National Achievers Congress in Sydney, Australia, he tied his business successes to his “toughness,” advising his audience, “Get even with people. If they screw you, screw them back 10 times as hard. I really believe it.”

He’s been at odds with every major government official in New York State, from Congressman Jerry Nadler (one of the House Managers during the impeachment) to Governor Cuomo (who publicly stated “Good riddance!” when it was announced that Trump was moving his residence to Florida). Trump also has a beef with the people of the state, who voted overwhelmingly for Hillary Clinton.

Stop with the excuses, Mr. President. We're not buying it. We see through your attempt to take your political beefs out on everyday travelers.
Air Travel
Entry Requirements & Customs
News
Senior
Vacations
Women