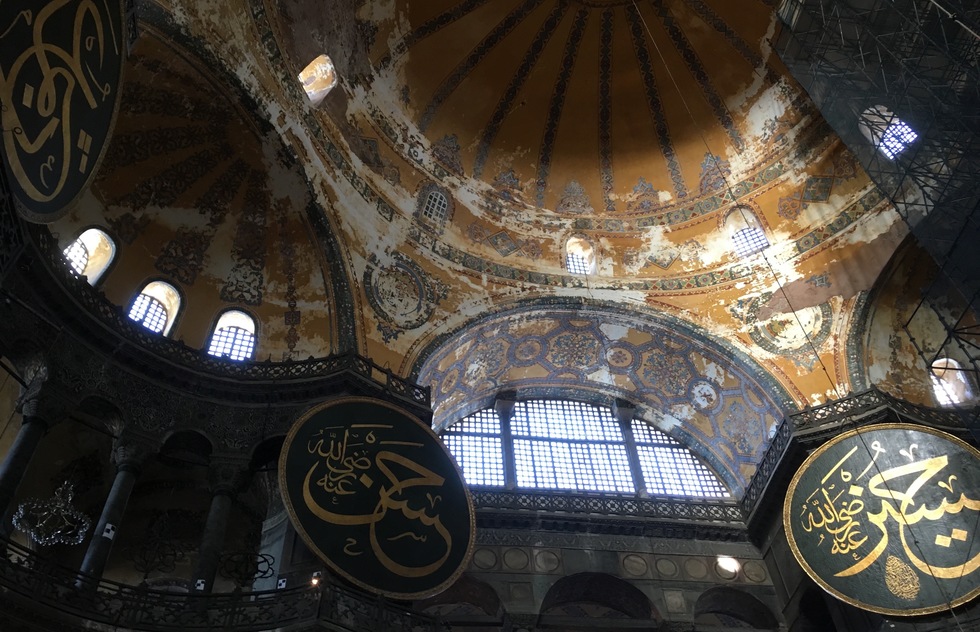 A court has cleared the way for Turkish President Recep Tayyip Erdogan to convert one of the world's most precious architectural and historic jewels, the Hagia Sophia, back into a working mosque.

If you've never been lucky enough to see the Hagia Sophia (sometimes spelled "Ayasofya"), you should know it's one of the most magical places on the planet. It’s impossible to fully convey the cosmic sense of history you feel when you’re standing in a place that has been in daily use for 1,500 years. Built in the 500s to be the biggest and best Christian church in the world, the building stood for nearly a millennium as an icon of both Christianity and the Byzantine Empire.

In the 1400s, the city of Constantinople, as Istanbul was called then, was sacked and seized, and Ottoman sultans claimed the Hagia Sophia for Islam, converting it from a church to a mosque.

It remained that way for another 500 years, until reforms by secular-minded Turkish leadership in the 20th century remade the Hagia Sophia into a museum meant to honor both the Christian and Islamic traditions that had been practiced there.

Bearing the scars of 1,500 years of upheaval, today's cavenous, delicate, dusty Hagia Sophia is in a constant state of maintenance and preservation. Remnants of both the Christian and Islamic faiths are preserved throughout the complex. 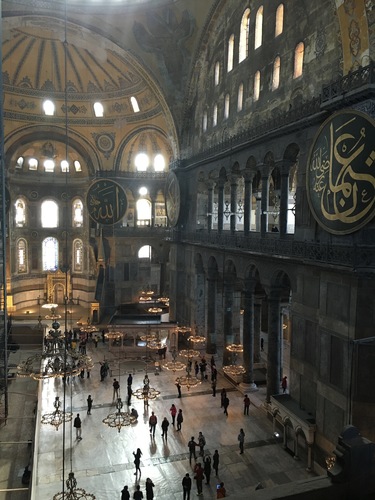 Erdogan's decision marks the second time the building will have been converted to Islamic use only. That move officially sanctions one religion over another and essentially banishes museum curators.

Muslims will begin to pray in the Hagia Sophia on July 24.

The conversion has drawn condemnation from around the world. Religious leaders and historians alike are warning that the change signals that Turkey is backsliding from its hard-won status as a secular nation.

"As museum, Hagia Sophia can function as place and symbol of encounter, dialogue and peaceful coexistence of peoples and cultures, mutual understanding and solidarity between Christianity and Islam," wrote Ecumenical Patriarch Bartholomew, the head of Eastern Orthodox Christians.

U.S. Secretary of State Mike Pompeo warned in a statement that the change would diminish the building's "unsurpassed ability—so rare in the modern world—to serve humanity as a much-needed bridge between those of differing faith traditions and cultures."

Erdogan is widely seen as a budding authoritarian. Four years ago, a military coup failed to oust him, and the resulting social disturbances forced most major cruise lines to abandon Turkey as a destination, devastating the tourism industry. Regardless, Erdogan's central support is among rural voters, whose livelihoods are less likely to come from visitors, and his base tends to favor views that are regarded as fundamentalist and nationalistic.

It's too early to know how this will affect a foreigner's visit in the future. If we can take Erdogan at his word, the Hagia Sophia will not be closed to tourists. He has told the press that the building will remain open to non-Muslims—but since it will no longer be classified as a museum, it will be controlled by clerics. 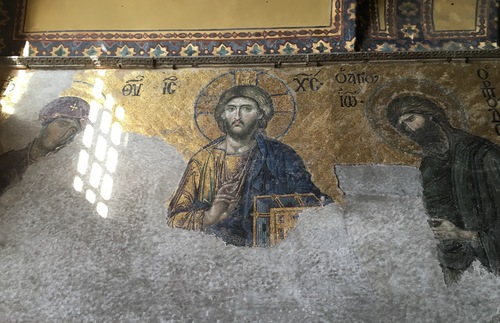 (A Byzantine Christian mosaic that was defaced in antiquity, restored by Hagia Sophia museum curators)

This arrangement would not be unusual in Istanbul. A few hundred feet from the Hagia Sophia in the Sultanahmet historic core, the 400-year-old Blue Mosque is a functional house of worship that remains open to visitors when prayers are not in session. Erdogan's spokesperson compared the expected arrangement to the situations at Paris' Notre-Dame and Sacré-Coeur churches, where tourists and worshippers share space together.

Unfortunately, violence outside the Hagia Sophia's doors can't be ruled out. In recent years, the neighborhood has been the site of deadly attacks on international visitors—including a 2016 suicide bombing that killed 10—further crippling the vacation industry in Turkey.

By turning the Hagia Sophia into a political flashpoint, Erdogan could be threatening the survival of one of the world's most priceless treasures.