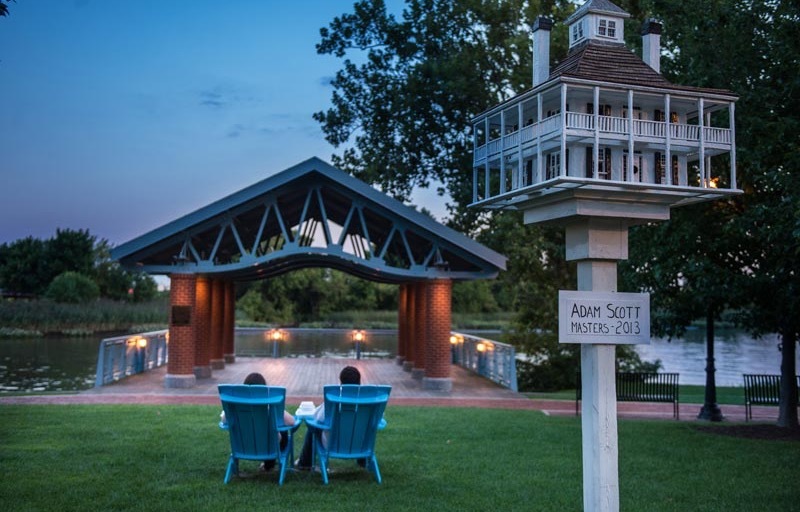 You drive into a new town. It is not a famous place and it certainly isn’t a tourist magnet. But it has a certain vibe, a personality. You start to explore, stopping by a local store, walking through a park, trying the coffee joint where townspeople are congregating.

It’s an interesting exercise, but the takeaways are vague: seems like a nice place, you think. But you don’t think more than that, and you leave feeling like you haven’t really learned much from the visit.

So how can you “decode” the places you visit, and in doing so better enjoy getting to know them? If you’re planning on vacationing in the United States, I have two non-guide books to recommend—works that offer surprising insights into small town (and small city) America.

The first, Our Towns: A 100,000-Mile Journey Into the Heart of America (Pantheon), is written by husband-and-wife journalist team Deborah and James Fallows. For five years, from 2013 through 2017, they spent much of their time crisscrossing the country in a single-engine plane so tiny that if a parachute were deployed, it would be not for its passengers, but for the plane itself.

The cities and towns they visited were also small, for the most part. The Fallows felt that by reporting on the “flyover” areas, they’d get a better picture of what makes America tick. And they devoted several weeks to each town so they could interview residents and explore places—such as factories, businesses, schools, less obvious green spaces—that only a resident would usually be acquainted with.

Singer-songwriter Dar Williams' book What I Found in a Thousand Towns: A Traveling Musician’s Guide to Rebuilding American Communities (Basic Books) has a slightly broader scope. Williams has been performing in communities across the United States since the 1990s, and in her book, she visits places such as Moab, Utah, and Northampton, Massachusetts, and compares what they were like twenty years ago to what they're like now.

Williams does so as a series of prescriptions: She hopes that by telling the stories of communities that overcame economic and social difficulties, she can help other such towns and cities better their lots.

But what is common to both books is how they guide the readers to notice the clues that tell visitors something about the lifeblood of these municipalities. In Wilmington, Delaware (pictured), for example, Williams picks apart a new waterfront development. It has freshly constructed, oversized birdhouses based on famous paintings, she writes; a children’s museum sponsored by locally based Fortune 500 companies; and well-maintained flower plantings and pampas grass.

She then ties what she’s seeing to Wilmington’s past. Its waterfront was once wholly industrial, a swath of land strictly for factories. When hard times hit and the factories shuttered, it became a menacing, deserted place. Until, that is, the community banded together to rehab it. Since this history is a common one in the U.S., readers will be able to see other towns with revitalized waterfronts and understand the Phoenix-like rise that these parks represent.

The Fallowses, in Our Towns, also decode waterfronts, plus rejuvenated former factory spaces and downtowns where the historic buildings now bustle with tech incubators and boutique shopping. They discuss what the presences of an oversized mall might mean to a region.

In both books, the authors point out landmarks that many burgs have and show the reader what they likely mean to the lives of the residents. Read these books, and you’ll come away armed with a powerful, eye-opening set of tools for understanding recent urban development in America.

Interestingly, all three authors find what they’re seeing across the United States to be hugely hopeful—if largely unacknowledged. “By the end of the journey, we felt sure of something we had suspected at the beginning: an important part of the face of modern America has slipped from people’s view, in a way that makes a big and destructive difference in the country’s public and economic life,” writes James Fallows. “Despite the economic crises of the preceding decade and the social tensions of which every American is aware, most parts of the United States that we visited have been doing better, in most ways, than most Americans realize. Because many people don’t know that, they’re inclined to view any local problems as symptoms of wider disasters, and to dismiss local successes as fortunate anomalies. They feel even angrier about the country’s challenges than they should, and more fatalistic about the prospects of dealing with them.”

And with this, these books offer an important present to the reader: optimism. By traveling in this fashion and by noticing the clues that point to renewal, the reader will be able to get a better understanding of the true state of the country, and, perhaps, make better decisions when choosing which visions, and leaders, should guide us moving forward.

I can’t think of a better reason to travel around the United States. Can you?
Arts and Culture
Car, Bus, Rail
Local Experiences
National Parks
Road Trips
Vacations