Use It Or Lose It: Will "Dead" Electronics Be Confiscated At Airport Security? 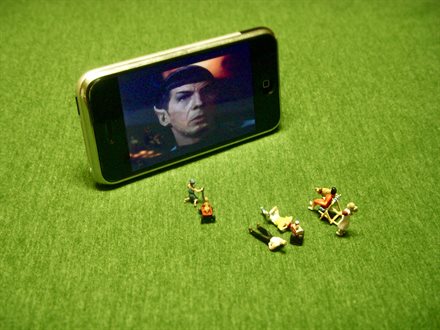 That's the question many travelers were asking themselves after the TSA posted a notice, on Sunday night, that those entering the United States would be asked to turn on cellphones, computers and other electronics when they went through security. This is apparently in response to new intelligence about a possible threat to inbound airplanes. The T.S.A. notice states that those devices that do not turn on could be confiscated, and their owners subjected to extra security checks. So far, there have not been any reports in the press of electronics being taken from their owners.

So what's the advice for travelers?

I have to believe the T.S.A. has good reason for taking these steps And while I'd hate to have my phone confiscated, if it's between that and a plane being attacked, well, they can take my darn electronics.

UPDATE: The TSA recently expanded this program to airports in the United States. According to their press release, not all passengers  will be asked to turn on thier devices, only those pulled aside for additional screening.