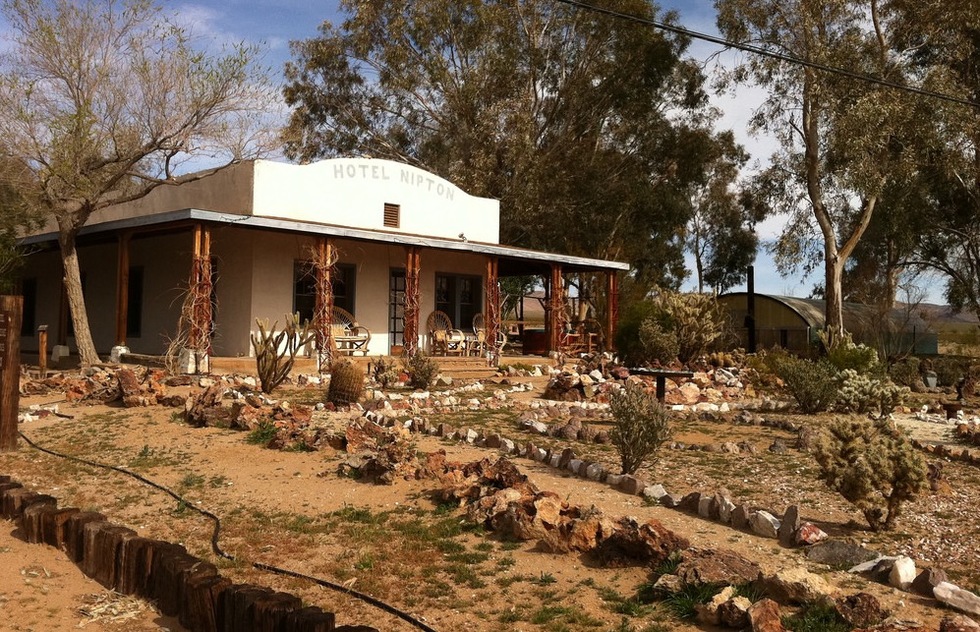 Want a Cannabis Vacation? Now There's a Whole Town for That

One day after California, America's most populous state, made recreational cannabis consumption legal, the Los Angeles Times reported on an entire town where getting stoned is the whole point of the joint.

It's called Nipton—as in Nipton in the bud. The village was purchased last September by American Green, a publicly traded, Arizona-based cannabis company.

Nipton is a speck of a century-old mining hamlet found 10 miles south of Interstate 15 as it leaves Las Vegas and crosses into California. Just 20 people live there, and the train cuts right through it, but now that pot is legal, the town is gearing up to welcome big things. There's a $99-a-night bed and breakfast (pictured above in 2011), plus a just-renovated Whistlestop Cafe and Nipton Trading Post.

Toke wherever you want—just not inside the restaurant, please, because of indoor smoking laws.

The one thing you can't do in Nipton is actually buy a stash; cannabis sales have not been licensed in this part of San Bernadino county yet, so you have to BYOP. But the cops won't bother you when it's time to indulge. Why would they, as long as you're 21 or over? Consuming marijuana is fully legal now.

Why would anyone choose to go to the hind end of the desert to light up or down an edible? For one, this corner of the Mojave is beautiful, with clear night skies, bracing mountain vistas, and endearing pioneer tales on every acre. Second, Nipton is well situated for combining a visit to Las Vegas, which is only an hour north. In fact, Sin City makes for the easiest air gateway for Nipton, where inhaling is no longer a sin.

This corner of the California desert has long been a place where off-the-margins dreamers try to set up utopian communities. In 1944, an evangelical radio host, Curtis Howe Springer, snapped up some mining claims at the edge of what's now the Mojave National Preserve and used the land for a spa and desert retreat. He named it Zzyzx ("ZYE-zix") and ran it until 1970, when the government wanted the land back and sent him to prison for fraud and squatting.

At the other end of the preserve, there's now Nipton—legally purchased for legal usage. Cannabis didn't build this town, but it could end up sustaining it for years to come.

Don't laugh. There was a time when teetotalers looked down on Napa and Sonoma, too. 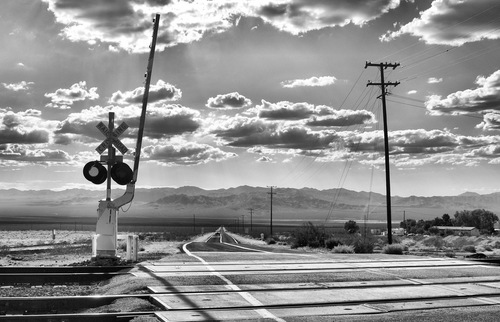