Want to Use Your Frequent Flyer Miles? Guess How Many You'll Need. No, Really, GUESS, Says One Airline

How would you feel if you walked into a grocery store and underneath the butter, the broccoli and the babaganoush were signs with question marks rather than prices?

Well, Delta has done the equivalent of that just recently on its website, when it removed the charts showing the minimum number of miles needed to book. As if mileage programs weren't opaque enough! This follows on the heels, or should I say "wings", of Delta switching its program from one that awarded points for miles flown, to a cash-for-points system.

Brian Kelley, also known as the Points Guy, told USA Today: "The airlines are getting a little bit brazen in watering down the programs and not even telling consumers how they will be affected."

We'd say "brazen" is the polite way to put it.

And if any airline ever needed a copy editor, it's Delta. Up on its site, in a discussion of frequent flyer miles, the text advises: "For more information on the Award Ticket regions, see Award Travel Charts." Alas, the link to those charts is now dead, and no amount of searching the site for "Award Travel Charts" turn up the darn things. Instead, a Delta official has advised that reward members should now simply plug in the days and destinations requested, and see how many miles will be needed for the flight. Translation: consumers will have no way of knowing what the basic number should be, and so won't be able to tell if one date is pricier than another. 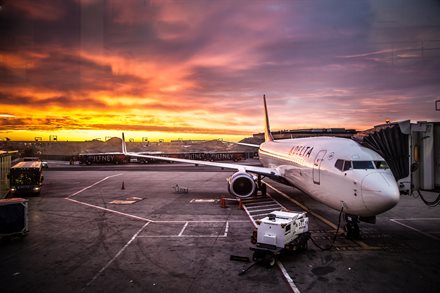 It's no secret that frequent flyer miles are increasingly difficult to redeem on pretty much ALL the airlines. But Delta's action makes it clearer than ever that frequent flyer programs have become something only for the elite, in this case, those business travelers who fly with such regularity and at such a high price per ticket, that they don't have to worry about knowing the value of their miles anymore. Since they'll have so many more points than the peons (read: leisure travelers)—not only do they spend more on travel,  but "elite member's" points are multiplied at a higher factor than those of common members—we can guess who'll be getting the "free" flights of the future.

The Department of Transportation has taken an activist stance of late on some of the airlines' dubious practices. I'd like to suggest we push the DOT to push Delta to reinstate its charts. If you'd like to join me in that effort, click here.