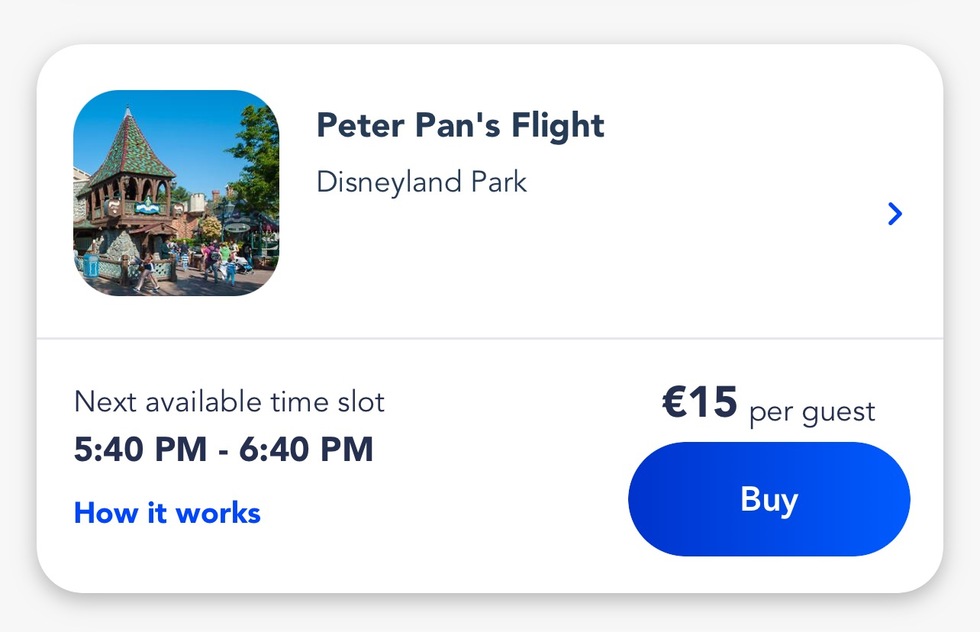 Update, August 24, 2021: After this story was published, Disney expanded paid FastPass to its theme parks in the United States. For coverage, read Disney Officially Kills FastPass, Will Charge Extra to Use the New "Lightning Lane".

Things are changing at Disney.

This week, the theme park giant began implementing a new, paid version of FastPass at its two Paris theme parks. If the new system spreads to the company's six American theme parks, waiting in shorter lines will dramatically add to the expense of a day in the parks.

For the uninitiated, FastPass is a system Disney introduced in the 1990s to let visitors obtain timed reservations for attractions. The advance booking grants access to a shorter line than the main queue used by other guests.

Up to now, getting a FastPass (for one to three rides at a time) was usually a free option available to any visitor at the U.S. parks. The free pass to a quicker line was one of the points of difference that set Disney aside from its competitors.

The new system in Paris, though, dumps that democratic perk. The replacement still works like FastPass, but now it's called Disney Premier Access—and it costs you.

Each FastPass—er, Premier Access slot—is charged to your credit card at €8 to €15 (US $9.50 to $17.80) a pop. Transactions are handled via the Disneyland app on customers' smartphones. Once the payment goes through, a QR code is issued to serve as a ride ticket. 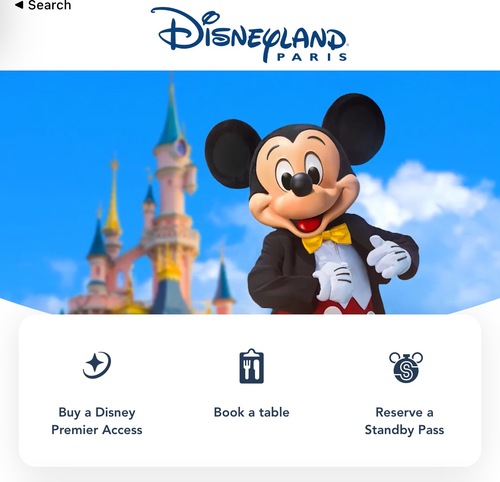 The fee, which is charged per person, comes on top of whatever admission charge was paid to enter the park.

The amount of the Premier Access fee varies per ride according to rules that haven't been made clear by Disney. In the first days of the rollout, the charge for perennial childhood favorite Peter Pan's Flight was on the high end (€15), while the French version of Space Mountain was €9.

In tandem with the new paid FastPass, Disney has expanded its use of what it calls Standby Passes. Some times of day, rides will have normal lines that can be joined at will. But at other times—and, again, the company has not offered much clarification on when exactly—certain (undisclosed) attractions shift from a traditional lineup to a wait managed by using the Standby Pass.

That pass is also a QR code for a time slot issued by smartphone, but there's no charge this time because a Standby Pass only grants access to the main, longer line (and not the shorter, luxury-priced Premier Access lane).

If the front gate of an attraction informs visitors that new arrivals are being accepted by Standby Pass only, there's no option to join the queue otherwise—you must get a timed Standby Pass. The idea, according to Disney's app, is for guests to "continue enjoying the Parks while you wait!" 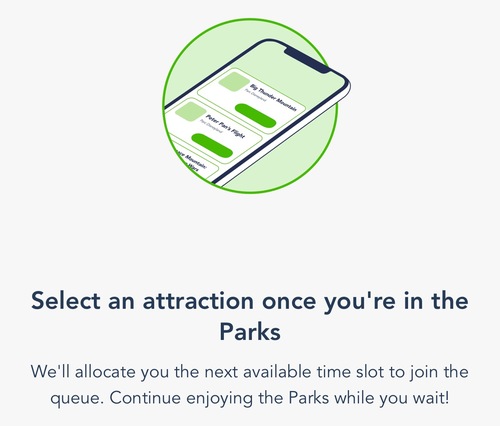 There are people who will be perfectly willing to shell out more money to endure shorter waits. That's obvious—otherwise Disney wouldn't have introduced the new system.

Of course businesses have the right to make money, and Disney is a business. But customers should also care when something is taken away from them. With FastPass now a paid product, visitors are being charged for a benefit they used to get for free. Visitors to the Paris park are now getting less for their money than they got before.

In grade school, we are taught that capitalism works because competition encourages businesses to improve their products constantly and offer consumers more. However, in some industries, businesses can become so dominant that the power flows the other way. Disney can now afford to strip benefits from customers because the company knows its biggest fans will spend almost anything to be there.

And it could get even worse. FastPass was suspended at Florida's Walt Disney World at the start of the pandemic, and rumors swirl that its replacement will resemble what's being done with Premier Access in Paris. Some industry experts are predicting that in the future, the right to have FastPass at the Florida parks may cost as much as several hundred dollars a day—on top of the $150 or so a guest might have spent on admission.

Sure, Universal Orlando charges that much or more for its Express pass, which works pretty much the same way as FastPass. But that's Universal. Disney always supplied the pass for free. The premium perk set the Mouse apart, and for more than 20 years, customers who went to Disney learned to build their days around the FastPasses they scored.

A decade ago, a one-day ticket to a Disney park in Orlando cost $85, including FastPass. Soon, if the rumors prove to be true, we could be looking at around $350 per day for the same thing.

The company's right to do that is absolute—but if it happens, customers should be aware they have given something up and are getting less for their dollar.

Problem #2: Disney will be tempted to create dissatisfaction.

By pushing guests to Standby Pass at unpredictable intervals, Disney strips the guest's ability to join any line at any time, the way every theme park in the world has always worked. The unexpected scheduling wrinkle is bound to create annoyance. We can hear the complaints already: "We wanted to ride X now, but there's only a Standby Pass available."

Like the airlines, Disney could be tempted to make the day-to-day experience more cumbersome as a way to nudge visitors to pay for an upgrade. Think about it: The more Disney turns guests away from attraction entrances by telling them they have to use a Standby Pass, the more guests will be persuaded to skip that situation by simply paying €15 to ride now.

There's no evidence that it is making people wait longer so they'll buy Premier Access, but you can't convince me there isn't the potential for that to happen now. There's surely someone in a Disney office building at this moment whose job is to crunch the analytics and track the wait-time threshold at which customers decide they'll just splurge on a Premier Access pass instead of waiting around on Standby.


And the company could conceivably continue to push that boundary in order to make more cash, because it's a public company and shareholders demand returns on investment.

In our era of reluctant customer service, businesses have learned how to create new problems for customers that those same companies can then turn around and sell the quick fix to.

Just like the airlines did with seat size and Facebook did with limited post visibility, Disney is selling solutions to problems that it created entirely on its own. 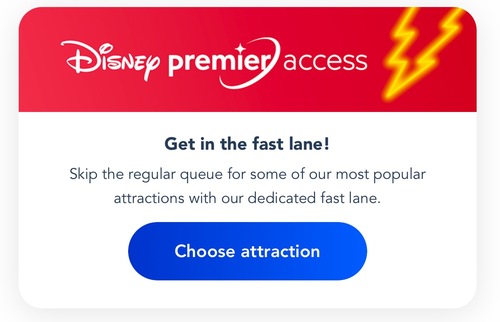 Problem #3: It will change the dynamics of the parks.

When guests hold timed reservations instead of waiting in line, they're free to wander the parks until the scheduled moment arrives. That sounds nice, but it also puts a lot of pressure on the rest of the park.

One thing shared in common by all these systems—traditional FastPass, the Standby Pass, and Premier Access—is that they set loose the hundreds or thousands of people who would be waiting in a line and force them to kill time elsewhere.

But if you eliminate lines from your schedule, is there really that much else to do in a theme park?

Disney will have to invest in improving its non-attraction game. Restaurants are already busy—they can barely handle more people. And although this wasn't always the case, one Disney shop is now often like any other, with the same T-shirts and hats making appearances in many locations. If customers try to waste time in several stores that carry the same merchandise, a day will get boring real fast.

Removing lines simply changes the way we experience theme parks. We're used to passing time by waiting in lines together. Take that away, and what do people do? If there aren't enough benches to sit on, if the shows are full or closed, if the parades are too infrequent, then customers are going to get bored and satisfaction will plummet.

With one catch: Customers who get frustrated will be more likely to spring for a paid Premier Access pass so they can just ride immediately.

Disney has created both the affliction and the cure. Let the mind games begin.