We've Told You Where to Go in 2014, But Which Destinations Were Most Searched in 2013? The Answers May Surprise You

Let me start this blog by stating that there's no evidence that the number of searches for a destination will translate into more visits for said destination. But it is a fascinating exercise to see which countries and cities drew the most attention on the internet, at least in 2013. And the answer is: there is no definitive answer.

In an article today by the International Business Times they looked at lists of travel searches put out by three major sources: Bing, Yahoo and the blogging site Tumblr. Not only did each one have a different leading contenders, sometimes their entire lists were widely varied, perhaps showing that each is getting a very different type of user. Here are the top 10 lists from each, in order of popularity.

Pretty interesting, eh? With the exception of London, there's no other overlap between the three lists.

And what do we know about where people are actually going? Consistently, year after year, US travelers split their loyalties between Las Vegas, Orlando and New York City (one of the three is usually first).

And what about Frommer's readers? I can't say for the whole year (sorry, I haven't compiled that data yet), but last week, our most popular searches were: New York City, Europe, North America, Hawaii, Costa Rica, Caribbean, Puerto Rico, Iceland, The Bahamas and Paris. Again, very different?

What would you have guessed the top searches for travelers would be? 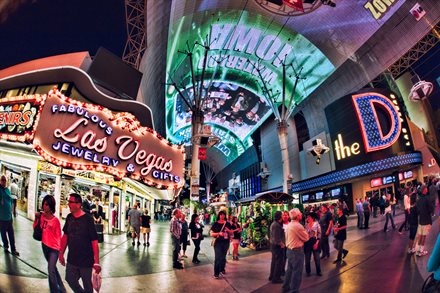