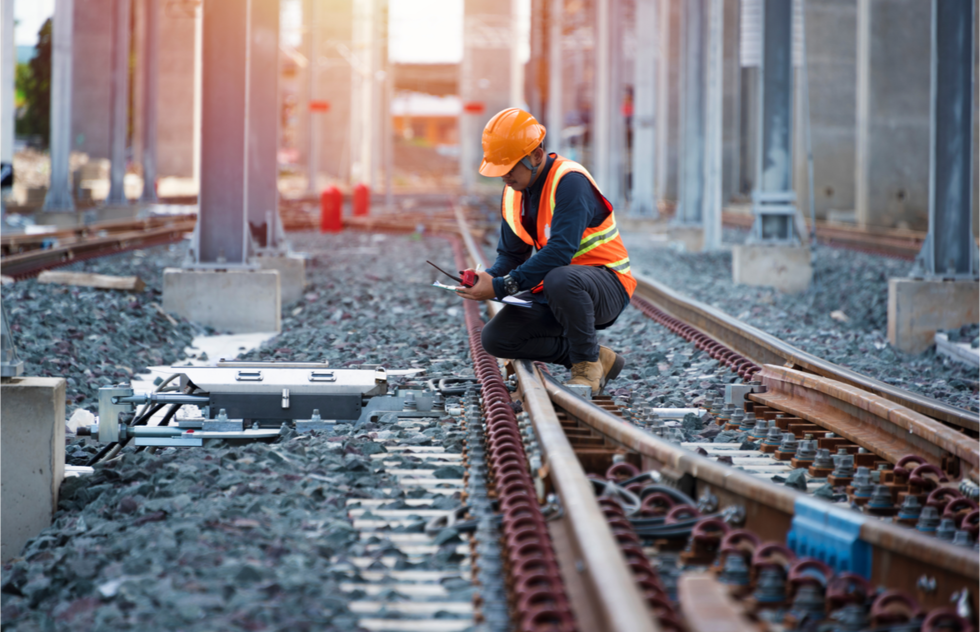 What's in the New Infrastructure Bill for Travelers? Lots of Great Stuff We Need

Travel in the United States is about to get a lot more safe, convenient, enjoyable, and—possibly—less expensive.

And it's all thanks to the just-passed infrastructure bill.

Officially known as the Infrastructure Investment and Jobs Act, the legislation invests in the nation's roads, bridges, runways, rail lines, airline control towers, airports, and public transit, all of which will finally receive more attention than they have since the 1930s.

It is, in short, a major inflection point.

As Jim Mathews, CEO and President of the National Rail Passengers Association told me, "We’re going to spend more money on actual infrastructure—infrastructure that touches peoples' lives—more than any time since, perhaps, F.D.R."

Interestingly, the biggest chunk of money in the act goes to infrastructure that supports travel. Of the new spending, which accounts for $550 billion in total, some $284 billion goes to transportation. Another $240 billion is for utilities, and pollution remediation gets $21 billion.

Here are just a few of the improvements travelers can expect to see:

Projects will vary airport by airport, depending on local needs.

But the changes should improve the flying experience in a variety of ways: fewer flight delays because of the creation of new runways and taxiways, a more seamless experience resulting from upgrades to the security checkpoint areas, and improved air circulation and more amenities in airport terminals.

Kurt Ebenhoch, a consumer travel expert and former director of the advocacy group Travel Fairness Now, predicts ticket pricing could also be improved at some airports.

"This [act] will relieve some of the pressure to increase the PFCs [passenger facility charges] that airports charge and that are added to the total cost of a flight," Ebenhoch said.

Ports for both cruise ships and freighters will be covered by the outlay. For cargo, improvements will include upgrades to obsolete inspection facilities and a plan to standardize data-sharing requirements up and down the supply chain (among shippers, port operators, railways, truckers, warehouses, and cargo owners). That, in turn, will make it easier, and hopefully less costly, for all businesses, including hotels and restaurants, to get their supplies.

Investment: $66 billion
Types of projects covered: new rolling stock, ADA compliance in stations and on trains, recommissioning of 160 stations to restore service in communities that lost it, new food and beverage choices, more

"Today, about a quarter of Amtrak’s service is disabled. We have people all over the country who are isolated because they have no other options," said Jim Mathews of the Rail Passengers Association. "This bill will help with that."

Mathews said that the bill also enables the purchase of new locomotives, which will help the U.S. rail system run in a more timely fashion. New coaches and sleeping cars will translate to more pleasant rides, including for people with disabilities, who will have long-neglected needs addressed in the design for these new facilities.

High-speed rail will be introduced into the Northeast Corridor, shaving half an hour off railway trips between New York and both Boston and Washington, D.C. Even Amtrak's website and app will become more user-friendly, according to Mathews.

"We need better rail transportation because it’s the cleanest, safest, most efficient way to move lots of people around the country, especially in places that are not readily served by flights," said Mathews.

It's hard to argue with that.


Types of projects covered: buses and urban and commuter rail

Schipper said that Cleveland, which built the first airport-to-city rail line in the U.S., will finally be able to replace trains that have been on the line since the 1960s.

He said he expects a number of other municipalities to create or improve rail transportation to their airports and outlying areas. That will free many visitors from having to take on the expense of a rental car or individual taxi service when they visit some cities.

Schipper noted that many cities will also be able to replace obsolete public buses with greener, low- to no-emission vehicles. According to Schipper, once federal funds are awarded, additional matching grants and competitive grants will help many cities fill in even more gaps in local transit budgets.

Some 45,000 American bridges are in poor condition, according to the Biden administration, as are some 173,000 miles of America’s aged highways and roads. The infrastructure bill will aggressively repair them to pull them back from dangerous conditions.

The new legislation is expected to markedly improve the safety score for 15 of the essential 17 categories covered by the annual Infrastructure Report Card from the American Society of Civil Engineers.

Schipper is a coauthor of the transit section of the report card, which in 2021 gave the condition of the country's infrastructure an overall grade of C-.

"[The act] is truly a game changer—and it's long overdue," said Schipper.

Worth noting: Some $11 billion is earmarked to help states and localities re-plan traffic patterns to reduce crashes and fatalities, especially for cyclists and pedestrians.

All in all, the Biden administration expects the Infrastructure Investment and Jobs Act to create some two million jobs per year for the next decade.

I think that's an underestimate—hospitality accounts for one out of every 11 jobs in the United States, and the economic growth this funding will empower will most definitely encourage increased wandering (and spending) by both Americans and international visitors.