What’s New In Las Vegas? Everything! (So What Else is New?) 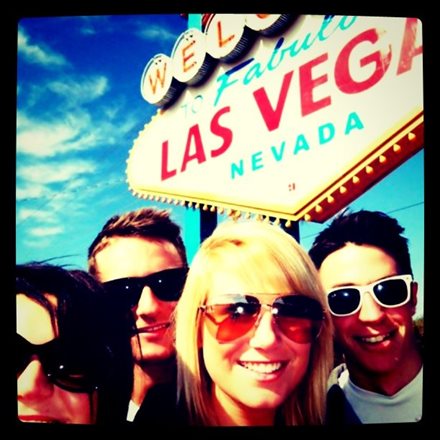 The world spins a bit faster in Vegas, though it’s no longer the swoosh of the roulette wheel that’s powering change in Sin City. It’s demographics.

“Las Vegas is getting much younger crowds than it used to,” says Rick Garman, founder of Vegas4Visitors.com (and the author of the Frommer’s EasyGuide to Las Vegas). “They’re not coming for the casinos, they’re coming for the concerts and the dance clubs and the shopping.”

The numbers back Garman up. According to a recent study done by the Las Vegas Convention and Visitors Bureau the median age for visitors has dropped from 50 to 46 just since 2009. Recent polls show a shift in interests, too. In the 1980’s 80% of visitors reported choosing Vegas as a vacation destination so they could gamble. Today, only 71% say that they will gamble at all while they’re in the city, and even fewer cite gaming as the primary reason for coming here.

And as quickly as Beyonce changes costumes during one of her concerts, Las Vegas is pulling down structures and putting up new ones to entice this new sort of visitor. “The Linq,” an outdoor Las Vegas pedestrian mall between the Quad and the Flamingo hotels opened in December of 2013. Filled with more than 30 trendy restaurants and shops, its centerpiece is the High Roller, an observation wheel that, at 550 feet, is the highest Ferris Wheel in the world. It opened at the end of March. Coming soon is another outdoor beehive of shops, restaurants and bars to be called the Grand Bazaar; it’s being built in front of Bally’s Casino and Resort.

But it’s another outdoor attraction that may best exemplify the transformation of Vegas: “The City of Rock”. A permanent festival ground being created out of the vacant lot across the street from the former Sahara Casino, it will host music festivals, starting with the world’s largest (Rock in Rio) in May of 2015.  This summer, tens of thousands of visitors are expected for the Electric Daisy Carnival, a massive, three-day electronic dance music extravaganza alighting in Las Vegas for the first time this year.

“It’s nightlife that’s fueling Las Vegas,” says Garman. “Las Vegas is the new Ibiza! Just the size and scope of what’s going on here can’t be matched anywhere else in North America.” Again, the numbers back him up: 17 of the 20 highest-grossing dance clubs in the world are in Las Vegas, and one, XS at Steve Wynn’s Encore, made over $100,000 million in 2013.

So are these new hordes of young partiers driving up prices? Garman admits that hotel rooms are no longer at the rock bottom rates that they were at during the recession. But they do bounce up and down seasonally. “You can still get a deal if you come here at the right time,” he advises. “Unfortunately, that’s when the weather is lousy, usually. But if you can come in July or August, the weeks leading up to Christmas, and most of January and February, you’ll still find great bargains.”

And you’ll likely hear some great DJ’s, too.