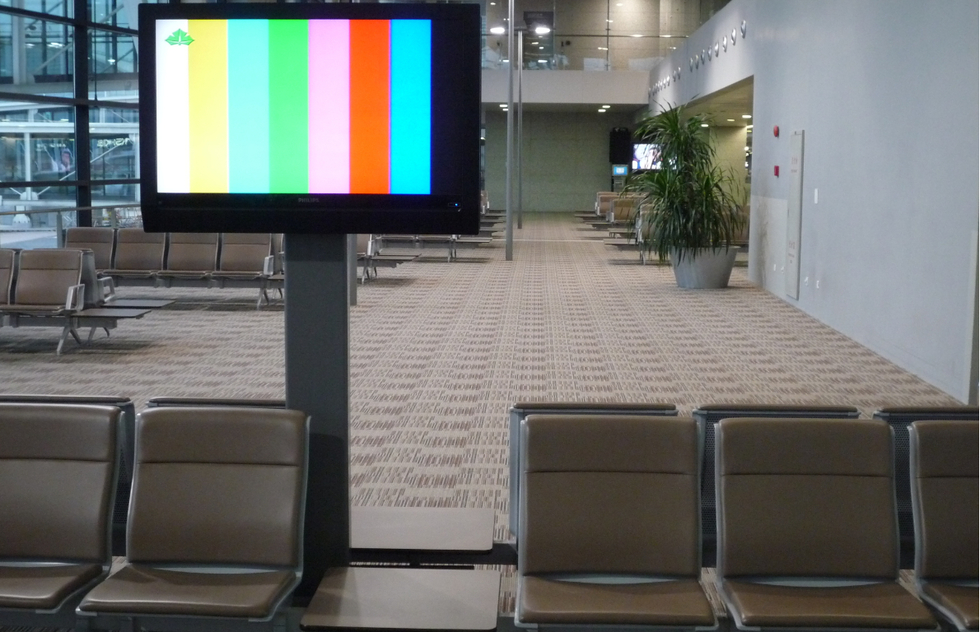 As if the travel experience hadn't changed enough recently, the background drone of cable pundits pontificating will soon be gone from U.S. airports.

On January 12, CNN media reporter Oliver Darcy tweeted the following statement from CNN president Jeff Zucker: "Today we are announcing that the CNN Airport Network will end on March 31. The steep decline in airport traffic because of COVID-19, coupled with all the new ways that people are consuming content on their personal devices, has lessened the need for the CNN Airport Network."

Jeff Zucker has notified CNN staff that "the CNN Airport Network will end operations as of March 31."

"The steep decline in airport traffic because of COVID-19, coupled with all the new ways that people are consuming content on their personal devices, has lessened the need..." pic.twitter.com/9se3oCw1gr

Not surprisingly, the news was greeted with glee from Fox News and conservative commentators like Matt Walsh, who quipped on Twitter, "CNN has just forfeited 95 percent of its viewership."

But, to use an overtired phrase, that's fake news. The version of CNN broadcast at airports was not the same as what aired on TVs in living rooms. The airport network had been specifically programmed for travelers since 1992. It carried a larger percentage of sports and weather news, didn't air disturbing videos, ran customized commercials and feature content, and almost never covered stories about air disasters. The viewership never counted toward CNN's overall ratings.

That doesn't mean, however, that the existence of the network didn't help CNN. Regarding its airport version as a marketing tool, the media company paid airports to run the network and, in many cases, even supplied terminals with television monitors and paid for their maintenance.

In 2017, the Philadelphia Inquirer reported that CNN had a monopoly at 50 U.S. airports, plus one in Bermuda, meaning that the network was "seen at 2,400 gates."

The amounts paid to airports to maintain that presence were substantial. According to The Observer, Miami International Airport received $150,000 a year to play the network.

Which raises the question: Will airports now court other media outlets to replace CNN?

Certainly the plunge in air travel is already hurting the bottom line at most hubs. What will another loss mean for airport services and facilities? Will there even be TV sets in terminals anymore? Or will the CNN folks take those with them when they leave?

There are more questions than answers right now, so, as they say on TV, stay tuned.