What to Expect When You're Expecting...And Expecting to Travel 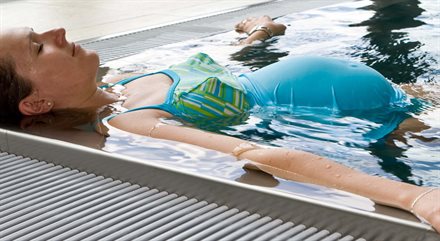 The bachelor party and the “hen do” are thought of as the ultimate “last hurrahs” before the realities of adult life kick in. But I would argue that the newly popular “babymoon,” that last trip life partners take before the end of pregnancy, is a far more significant rite of passage. Because, as any parent can tell you, nothing changes your life more drastically than having a baby.

But is it wise to take this type of trip from a medical standpoint? I sat down with obstetrician Jan Rydfors, who is a part-time lecturer at Stamford University and one of the co-founders of the Pregnancy Companion App to discuss the issues involved in traveling while pregnant.

Pauline Frommer:  I know that so-called “babymoons” are popular, but are they a good idea for parents to undertake?

Jan Rydfors: I think babymoons are a great idea. Travel is rejuvenating and inspiring. It allows people to be more open-minded, to think about things differently. And let’s face it: having a baby is a transformational event. It changes your relationship with your partner, and it brings a lot of issues to a head. You can have the necessary talks, and focus on what the near future holds, more easily when you’re on vacation, because you relax in a different way.

Frommer: If you go to the right place, that is. How should to-be parents decide where to go on these vacations?

Rydfors: I would suggest that you don’t go too far. Plane rides are fine, but I wouldn’t fly farther than five or six hours. First of all, when you’re pregnant you’re much more uncomfortable. You won’t be able to sleep, so you’ll be exhausted when you get there. You also swell up much more on the plane when you’re pregnant, which will make you more uncomfortable. A final and very serious issue is blood clots. These are more likely when you’re pregnant. So I tell my patients to get up out of their seat every hour to walk. Stimulating circulation this way can help prevent blood clots.

Frommer: I know that flying can dehydrate you, because the air on planes is so dry. Is this also more of a problem for pregnant women

Rydfors: Because of high estrogen levels, women create more blood vessels in the skin when they’re pregnant. That’s why pregnant women are said to have a healthy glow. The walls of these blood vessels are very thin and it’s easier for water to leave these small capillaries. It goes to areas under the skin from which it evaporates more easily. So women need to drink lots of water on planes, and also if they’re visiting hot areas where they’re likely to sweat a lot.

Frommer: Not to lower the level of this discussion, but travelers’ diarrhea and its opposite, constipation, are problems for all travelers. Are these issues women who are expecting need to ward against?

Rydfors: Travel often involves a lot of sitting, either on planes or in cars, and that can lead to constipation. You see, the upper abdomen pushes down on the intestines and that helps move things along, so if you’re moving more, you’re less likely to get constipated. It’s another reason to get up and walk on the plane. The increased levels of progesterone a woman will have in her system can also lead to constipation, as can dehydration, so it’s important to make sure you’re getting enough fiber and fluids.

On the other end of the spectrum is diarrhea, and really, all sorts of infections. Pregnant women have to be especially careful when it comes to bacteria and infections because their immune system will be compromised.

Rydfors:  You’re carrying a baby that has paternal proteins on its surface, so your body’s inclination is to attack it. But the body also doesn’t want to do that, so it becomes immune-compromised. You’re much more prone to get sick, and you get twice as sick and it lasts twice as long. So avoid touching a lot of surfaces, make sure you wash your hands frequently, be careful to eat enough fresh fruits and vegetables and avoid deli meats which might have listeria that can cause infections in the baby.

Frommer: I had no idea about the meat problem. Is there another issue that catches mothers-to-be by surprise?

Rydfors:  A lot of women get skin discolorations due to hormones. So it’s more important than usual to use strong sunblock if you’re traveling somewhere tropical. A T-shirt is equivalent to only SPF 10. So you can accidentally get a sunblock, especially if you’re pregnant, through light clothes.

Frommers: I’m worried that all of this advice may scare some couples away from taking a honeymoon.

Rydfors: It shouldn’t. If you have a low risk pregnancy and take the common-sense precautions we’ve talked about, you’ll likely be just fine.