What Travelers Need to Know About the Zika Virus

As frigid blasts of winter descend on much of North America, visions of blue sky, sandy beaches and swaying palm trees are being rudely interrupted by a buzzing sound. And it’s a very scary buzz, at that—the buzz of a mosquito that carries the Zika virus.

Though the virus is not new, in the last year pregnant women who have been infected have given birth to children with microcephaly, a condition that causes the development of abnormally small heads and, in tandem, brain damage. In response, the Center for Disease Control in the United States, and other medical travel organizations, have issued warnings urging pregnant women, and those of childbearing age, to stay out of the infected areas. So what do travelers need to know?

Where the virus is:


Right now, the CDC is warning against travel to Brazil, Colombia, El Salvador, French Guiana, Guatemala, Haiti, Honduras, Martinique, Mexico, Panama, Paraguay, Suriname, Venezuela, and Puerto Rico. But it is believed that the virus could easily make the jump to places like Florida, Texas and Hawaii because both are infested with the types of mosquitoes that carry the virus. The virus also exists in parts of Southeast Asia and Africa, though infections there have yet to result in birth defects. (Note: Since this article was published, its been released that travelers have now brought the virus back to Hawaii, Florida, Texas and Illinois. Happily for those in the last state, officials feel there's little chance of it spreading there because the state does not have the right types of mosquitos to spread it. The same cannot be said for the other states).

Who is at risk:
Anyone can get the virus, and its symptoms are generally mild: rash, fever, joint pain and reddening of the eyes. But when a pregnant woman gets it, particularly in the first trimester, irreversible damage can be done to her baby.

Women who are not pregnant but plan to become mothers in the future are not endangered by getting the virus.

“Zika virus infection does not pose a risk of birth defects for future pregnancies,” Candice Hoffman, a spokesperson for the CDC told me. “Zika virus usually remains in the blood of an infected person for only a few days to a week. The virus will not cause infections in a baby that is conceived after the virus is cleared from the blood.  Out of an abundance of precaution, a woman could consider waiting 2 weeks after she returns from a place with ongoing to transmission to become pregnant.  This will allow enough time for her body to clear the virus in the event that she was infected.” 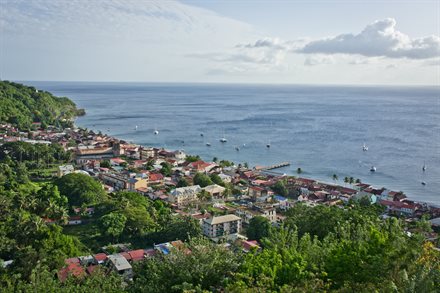 How the virus is spread:
Mosquitoes of the Aedes species are the primary transmitters, and since they tend to bite during the daytime, no scientists are yet suggesting sleeping under mosquito nets. However travelers who are going into the infected areas are strongly urged to use bug spray containing DEET; wear long-sleeved shirts; pants, shoes, and hats; and keep screens on windows and doors.

In addition, humans infected with the virus can pass it on to a mosquito which can then pass it along to another human being, which is why scientists are worrying that the disease may spread to the United States soon. That's also why they’re urging all travelers, and not just pregnant women, to ward against mosquito bites.

In addition, there have been suspected cases of transmissions through blood transfusion and sexual contact.

What are the treatments?
Currently there is no treatment for the virus, though the New York Times reported scientists are working on a vaccine. That won’t likely be available for many months—or even years.

(Update January 21: Researchers now suspect that an uptick in the rare disease Guillain-Barré, which causes temporary paralysis and can lead to death, could be linked to the Zika virus, at least in Brazil. To read the New York Times report, click here.)