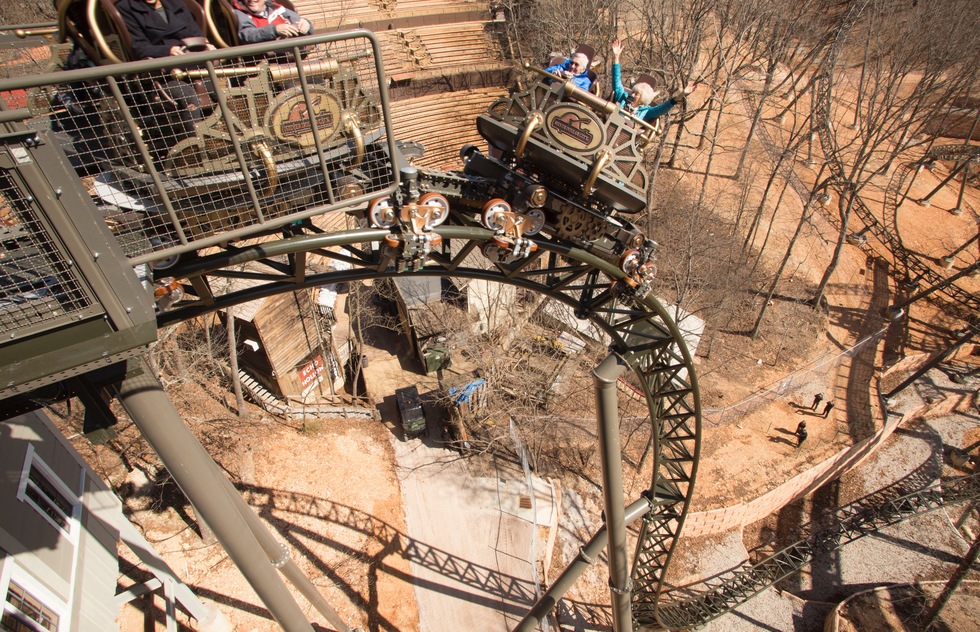 What Will Be New at America's Theme Parks This Year?

Amusement park season is around the bend—and that bend could be a loop-de-loop of a high tech ride. For our weekly Frommer's Travel Show on WABC Radio, Jason Cochran and I interviewed Susie Storey, the Director of Communications for the International Association of Amusement Parks and Attractions to learn what new thrills, chills, and services would be available to theme park visitors in 2018.

Pauline Frommer: What is the big news for amusement park lovers in 2018? What are they going to be really excited about?

Susie Storey: That is such a great question to ask because there’s so many ways we that can answer that. We’ve compiled our annual list of thrilling rides and attractions and more than 75 have already shared what they’ll be opening. And what we’re seeing this year is a lot of roller coasters. So if you’re a roller coaster fan, this is the year for you.

Jason Cochran: Yeah, you know, the roller coasters are interesting because they keep opening new ones and finding new ways to call it a record breaker, maybe because it has some new kind of inversion. What new records, small as they may be, are going to be broken this year?

Storey: It’s so funny. You’re right: everybody wants to say that they’re the first or the longest or the most unique. And I think the best way to say that this year is “most unique”. We have so many coasters that are coming on. For instance, you may have heard of Time Traveler [pictured above], which is the newest coaster opening at Silver Dollar City in Branson City, Missouri. That’s going to be the world’s fastest, steepest, and tallest spinning roller coaster. Most people know that when you sit in a coaster, you pull the lap bar down, and it keeps you bearing forward or backwards the whole time. Time Traveler literally puts a new spin on that because your car that you’re sitting in is revolving and spinning while you’re going out on the track. So while you’re going through a dive loop, through a vertical loop, while you’re experiencing g-forces on the track, your car is also individually spinning.

Cochran: Silver Dollar City is a beautiful park, but I do not want to be on clean-up crew for that.

Storey: It’s a great new addition for that park. Lots of buzz with people already talking about it.

Storey: Well gosh, Six Flags is doing a great job in the company overall. What they do is they focus on putting new rides and attractions in every single one of their parks. One of the ones that we’re really keeping an eye on is Six Flags Fiesta Texas. It’s opening the Wonder Woman: Golden Lasso coaster. The unique thing about this coaster is that its called a “single rail” coaster. It’s going to have a 90-degree drop, and a zero-degree roll, and it’s very colorful, very fast. When you look at it from the ground, it literally looks like Wonder Woman’s golden lasso has been flipped around before you got on it.

Frommer: I know that a couple of years ago virtual reality was being married with coasters. Are we going to see more of that?

Storey: We’re continuing to see that. Technology in general continues to play a role at amusement parks. Six Flags started [the virtual reality on roller coasters trend] several years ago. I’m here in Orlando, and SeaWorld Orlando added that to their Kraken coaster last year. And then just a couple of weeks ago, Legoland Florida added virtual reality to one of its kiddie coasters. What’s really unique about doing that is that it allows parks to offer a completely new, immersive experience on a ride that they already have.

Cochran: Yes, they do this to get people to go to some of the coasters that aren’t getting the lines anymore. They add helmets for the riders and play a movie so that it seems like you’re under the sea, or battling aliens, or something, and it breathes new life into attractions that have been open for a really long time.

Storey: Absolutely. I was out at Legoland a couple of weeks ago with my six-year-old and he thought it was super fun and didn’t really realize that we were riding a coaster the whole time. He was going up and down on hills that he wouldn’t normally ride.

Cochran: How do they clean the headsets between rides? Do they sanitize?

Storey: Absolutely. Each park does it a different way. That’s the first thing that everyone asks. In the case of SeaWorld Orlando, when the ride comes back into the station as the guests are getting off the employees individually wipe each set of goggles and they put them into little cases and it actually takes about 10 to 15 seconds for that to cure and to kill the bacteria.

Storey: In the case of Legoland, when we took the headsets off we handed them back to the employees and they took it into the booth and they started to clean it, probably similar to what you see out at Disney World. And then when guests come on they get a brand new headset. So each park has its own system.

Frommer: Before we let you go, there’s a big development in food at the Disney theme parks.

Storey: Yes, at Walt Disney World you can actually do mobile ordering. So instead of waiting in line to order your hot dogs and hamburgers and food for your kids, you can actually go on the Walt Disney World app, order it, pay for it on your phone, and then walk up to a separate line, and you food is waiting for you. It’s a great way to get guests out of line, a great way to ensure that the guests enjoy their day, going to the shows and enjoying the attractions, and if you’re a parent with a kid that gets a little hangry, like I do, it's a great way to make sure they get their food quickly.

Cochran: By the way, they’re expanding that to Disneyland, so that’s a new trend.

Frommer: I’m sure we’ll see it soon at Universal and probably in every park soon.


This interview was aired on the Frommer's Travel Show, heard weekly on WABC Radio. Download past episodes here.