What Will Brexit Mean for Travelers? Some Counterpoints from Pauline Frommer

A dream died on June 23, the dream of a unified, peaceful Europe. After centuries of wars, it seemed like the European Union was going to finally forge a partnership between peoples who had far more in common than they had differences. Unfortunately, slightly more than half the populace of the United Kingdom decided they’d rather go it alone.

That choice has economic and political implications that are far reaching; and will not only affect Europeans, but those who choose to visit both the continent of Europe and the British Isles. Though the future still is murky, here are some predictions.

Lower costs for American travelers (at least in the short term): With the announcement of the so-called Brexit (or exit of the United Kingdom from the EU), the Great British Pound’s value plummeted by 10% and, as of this writing, is continuing to tank.

For North Americans that will mean that our dollars will go further for meals and  attractions when visiting Britain. But there could be savings on hotels, too. So here’s a word of advice: If you booked a hotel on a site that charged in dollars, cancel that reservation if you can, and make another. With the new exchange rate, you could save a bundle by doing so.

I’m also predicting that airfares will drop, because of less traffic coming from Britain and Europe to the United States and Canada. The sudden devaluation of their currency will likely dissuade many European travelers from crossing the pond in the coming months. Airlines will have little choice but to cut prices to fill those empty seats. 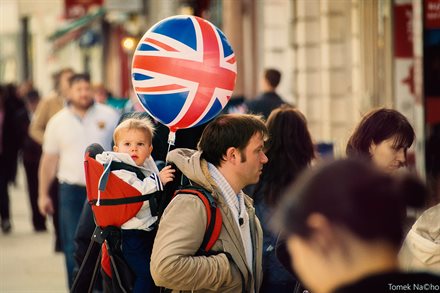 Border issues (in the long run): Under the constitution of the European Union, states that decide to withdraw are given two years to do so. Since the process of untangling will be complex, I don’t think we’ll start to see any changes at borders until 2017. But once the UK is no longer part of the EU, lines at the borders could get uglier for us North Americans. That’s because there likely will no longer will be separate lines for EU residents trying to enter the UK. Instead, we’ll all be lumped together, a huge mass of people trying to get past customs. Those North Americans visiting EU states will likely have to contend with lines swollen by British citizens.

Most alarmingly, both Northern Ireland and Scotland—which voted overwhelmingly to stay IN the European Union—are angrily declaring their intentions to leave the UK for the EU. Which could mean complicated border issues within the British Isles, as well.

Street Protests: Here’s another guess, but I would be shocked if we don’t see protest erupting around Europe in the coming weeks and months. The Brexit has been so divisive, and was so closely won, it seems inevitable that those distressed by the outcome will take to public spaces to voice their displeasure.

Public protests have long been more common in Europe than in North America, and are not a reason for anyone to cancel a trip. But travelers need to be prepared for some travel disruptions, due to closed streets and squares, and possible actions on modes of public transportation.

Will there be more defections from the European Union, and even more uncertainty for the traveler? I’m sure we’ll all be watching closely—and hoping that the Europeans don’t give up their hard-won peace and economic stability.