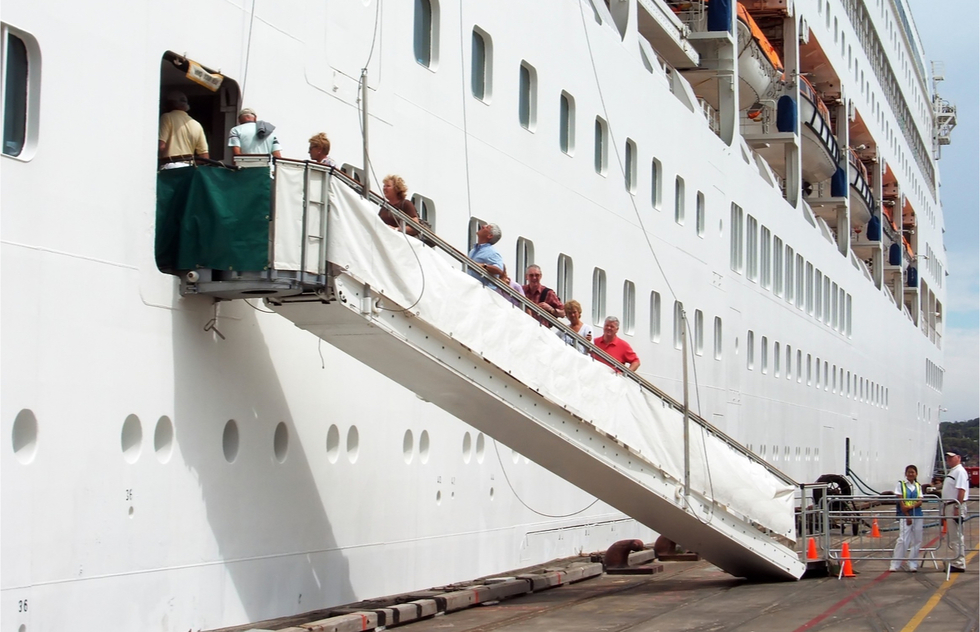 When Cruising Resumes, You Won't Be Allowed to Roam Ports Alone

Large cruises that depart the United States have been paused since mid-March, but we now know one thing about their return.

Guests will no longer be able to wander ports of call on their own.

In their bid to restart the industry with new, Covid-sensible protocols, the major cruise lines have pitched the Centers for Disease Control with their ideas for how to operate more safely. This week, Royal Caribbean and Norwegian Cruise Line submitted 74 new recommendations for future procedures that include upgraded air filtration methods, increased medical staff, mask requirements, daily temperature checks, and pre-sailing tests.

One of the ideas (number 59 on the list): forbidding "self-exploration." As the document puts it, "cruise operators should only allow guests debarking from a ship at a destination port to participate in cruise line-sponsored or verified excursions as a way of limiting potential exposures in the destinations they visit."

In pandemic-era cruising, preserving the travel bubble will be key. When ships arrive at ports of call, passengers must remain under the careful control of an organized tour or they won't be allowed to participate.

If this new mandate sounds familiar, it's because ships in the European Union implemented an identical rule this summer. In August, Frommer's told you about a family that was forbidden to reboard their cruise after they wandered away from their escorted tour in Naples.

American cruise companies have decided they want to replicate the rule in their hemisphere—and it's almost certain that the authorities will agree.

This new rule will mark a fundamental shift in cruising as a mode of travel.

One change, of course, is the loss of personal freedom. If you're the kind of cruiser who puts up with the crowds and honky-tonk of onboard life because at least you can spend your onshore days finding a beach of your own on the far side of an island—and lots of reluctant cruise vacationers fit that description—then your style of travel will be unavailable as long as Covid-19 is still a concern. You'll have to either stick with the herd or stay on board.

The change will also increase your expenses. It's always been free to jump off a ship and strike out on your own, but with that method of exploration barred for the time being, you'll have to pay extra for the official, overpriced shore excursions (unless you take a ship that supplies them for free, as some luxury lines do).

And never mind signing up for a cheaper tour that's sold by a third party, as Frommer's usually suggests. The cruise lines will insist on supervising your movements at all times so that you'll be locked into buying approved tours directly from the company.

That could easily add $100 per day—or much more—to a cruise vacation, although in Royal Caribbean's recommendations the company did float the idea of reducing charges and increasing options to "make these cruise line-sponsored excursions more appealing to guests." (Which proves the company has known how ridiculous the prices were all along.)

For me, that's a deal breaker. On some cruises—particularly on the noisy, mass-market lines—being able to escape on port days was the only thing that kept me sane.

Would the change be all right with you?