When's the Best Time to Book Airfares? A Major Search Engine Comes Out With Some Very Specific, And Helpful, Advice

It's one of the most asked questions in travel: When should I book my airline ticket? According to the mega-airline search site Kayak there's no one simple answer. Or perhaps I should say, there are dozens of simple answers. Kayak looked back at a year's worth of transactions, and found that the following booking windows yielded to lowest airfares:

For domestic travel, Kayak is giving a window of 3-7 weeks before travel, which seems like a huge window to me. I'd rather go with the Airline Reporting Corporation's study which found that those who booked 6 weeks before travel had the best chance, statistically, of getting the lowest fare.

It also found variations based on season and day of week for travel. According to their transactional records, the best day to fly out domestically is Friday and the best days for international travel are Tuesdays and Wednesdays. Best days for both international and domestic returns is Monday (except for Europe, which is Tuesday). If you can choose the month you're traveling, know that you'll pay 18% less than average in January, with February and April second and third in the race to the lowest fare. If you must fly in summer, August will be significantly cheaper than June or July (note from Pauline: that likely has to do with the drop in family travel in August, as so many U.S. schools start up again that month).

What are the worst days to fly? If you must take to the air on a Saturday or Sunday, expect to pay 15% more than the average airfares.

Kayak also looked at which destinations its customers are booking more, and their numbers mirror numbers I've seen elsewhere: Hawaii is the big winner this year, with a 129% increase in searches. Tokyo is also getting more takers, perhaps because its airfares are down 16% compared with 2012. And speaking of destinations that have seen a drop in prices: when it comes to hotel rates, San Francisco has seen its prices drop 35%. And that's a head-scratcher, I must say.

All in all very interesting—and I hope helpful. 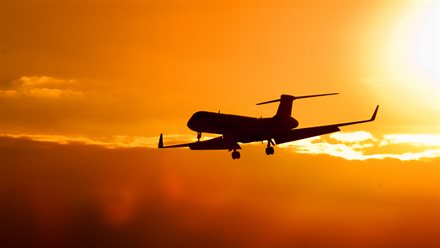