Which City Has the Most Expensive Hotel Rates (and the Cheapest)? A New Study Tells 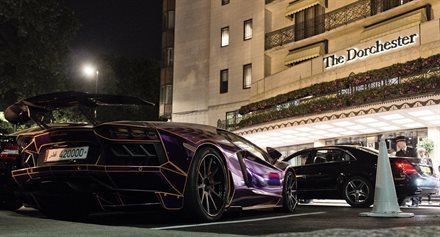 HRS, a Germany-based digital company that works in hotel reservations systems, has released the results of a new study that calls out the cities with the most expensive hotels.

The exact methodology of the study was not revealed, but HRS represents a quarter million hotels around the world, so its results could be taken as a fair snapshot of the current international pricing situation.

Based on the average city-wide nightly rate, in U.S. dollars, here are the most expensive cities worldwide as named by the study, converted from British pounds at today's rate.

Now let's look at the results among the most popular destinations in Europe. A year ago, London stole the top spot from Zurich, a dubious position it maintains. Worse, the average nightly rate in London shot up 31% in a single year. Blame an influx of investment from wealthy people from Asia and the Gulf oil states, which is also inflating London's residential rents to nearly untenable levels.

What can these lists tell us? Well, for one, there's an uncharacteristic uptick in cities that trade heavily in banking (Zurich, New York, London) and fashion (Milan—which rose 14% in a year—plus Paris, Miami). Seats of government score high (Washington, DC, being the worst among them), but it's hard to avoid that since so many capitals are important tourism destinations, too.

It also stings to rent a room in Scandinavia, but that news should surprise no one. What is surprising is the relative expense of staying in Spain, Greece, and South Africa despite the weaknesses in their respective economies. At least at the major hotels there, prices are keeping up with a high tariff, probably because they rely on business travelers who can afford to pay them, so in those locations, it will pay to seek out mom-and-pop accommodation rather than a multinational hotel company—which is good advice in any city where you need to save money on hotel rooms.

Also note what popular cities did not make these lists: Berlin, whose average of $98 was too low to make the Top 15 in Europe. Same for Prague ($77).