White House Tours Are On Again....For Now. Why You'll Want to Book Sooner Rather Than Later 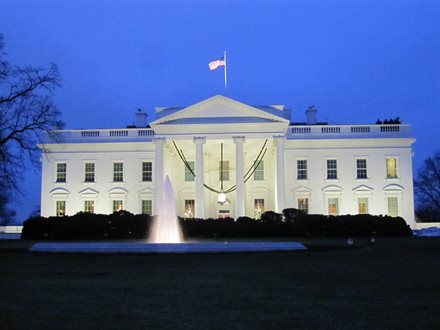 Though it hasn't been publicly announced, word has leaked out--as tends to happen in Washington, DC--that the White House is now holding tours again. The website has been updated to reflect the change, which apparently does not have to do with any decision President Obama made. The tours were originally shuttered because the Secret Service simply didn't have the funding, thanks to the sequester, to adequately protect the White House during tours. But because its a new fiscal year, the Secret Service has been able to shuffle its budget to cover the cost.

But don't plan to tour the White House after January 15, the date when the temporary budget deal that re-opened the US government expires. If the government shuts down again--and we're all hoping it won't--the tours will be discontinued once again. Sigh.

To learn more about how to book a tour, click here.

By the way, Frommer's wonderful new book Frommer's EasyGuide To Washington, DC is out in bookstores now! It covers the ins and outs of touring the White House and DC's other top sights, as well as giving the scoop on the Capitol's finest restaurants (in all price categories), best hotels, shopping, nightlife and much more. We're darn proud of the book, and hope you'll give it a look-see.