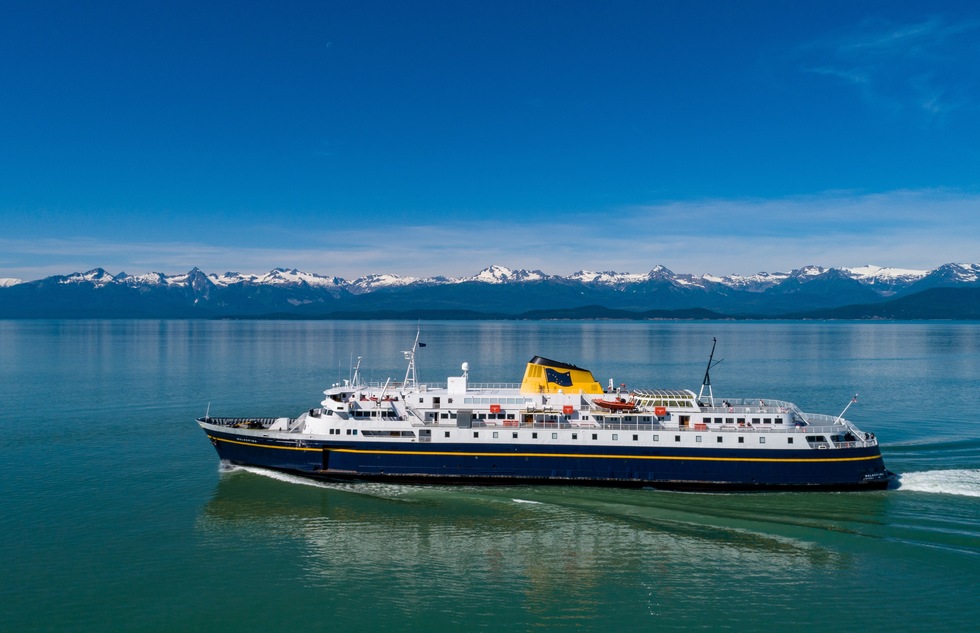 Though many travelers think of Alaska as a destination best seen by cruise ship, there are many other ways to visit the so-called Last Frontier. There are even other ways to see the state by ship.

An especially adventurous option is the Alaska Marine Highway System, one of the world's most expansive ferry systems, covering some 3,500 miles.

Created to transport Alaskans and freight around the state as well as to and from nearby points such as Bellingham, Washington, and Prince Rupert, British Columbia, the Alaska Marine Highway has long been the budget-conscious backpacker's friend, allowing travelers to reach remote places without resorting to pricey flights aboard small airplanes. (The permafrost and other environmental factors prevent the construction of roads and bridges to access some regions.)

This year, however, folks hoping to tour Alaska by ferry should make their bookings right away because labor shortages and scheduling issues will affect pricing and availability.

The squeeze on the Alaska Marine Highway began before the pandemic. Three years ago, declining oil revenues led to state government budget cuts in many sectors. The ferry system got hit particularly hard, leading to curtailments in service that sparked an outcry. Many Alaskans felt that cutting back this vital infrastructure, which played such an important role in Alaska’s tourism industry, was a short-sighted move.

But on the heels of those budget cuts came Covid and, with it, even more drastic service cuts. In 2020, the system operated just three of its eight ferries.

Six ferries are expected to run this summer, but schedules will remain more limited than pre-pandemic due to a lack of manpower.

"We’re having a tough time finding the licensed, expert people we need," Danielle Doyle, marketing manager for the Alaska Marine Highway, told me. "Even entry-level people need to get a Merchant Mariner Credential and safety training to work aboard these ferries. Unfortunately, to get those [certifications] they have to apply to the Coast Guard, which is also shortstaffed! So instead of a six- to nine-week process, it’s now a 12-week slog."

Doyle assured me that every port in the system will be serviced, but the time between ferry calls will be longer.

"It used to be a ferry would arrive at ports every 2 to 3 days, if not sooner," she said. "This year, it will likely be 4-to-5 days to a week between ferries at many ports."

As a result, travelers will need to plan for longer stays in each port or price out plane flights between some towns.

And those visitors should book their trips sooner rather than later, because the ferries' onboard cabins are already starting to sell out on many dates. The same goes for spaces for cars in the hold.

Sure, travelers can use walk-on service, which never sells out (many passengers camp out on deck on overnight ferries).

But prices for all tickets go up based on how full each voyage gets, so the longer you wait, the more you’re likely to pay.

No doubt about it: Ferry travel in Alaska will be more complex in 2022. Still, it’s a bucket-list experience for many.

"A good portion of the out-of-state visitors who ride the ferries have been to Alaska before, most on traditional cruises. And they found themselves feeling frustrated because on those types of voyages you often only get 4 to 6 hours in port," Doyle told me. "The ferries are a great way to come back and explore Alaska in real depth." 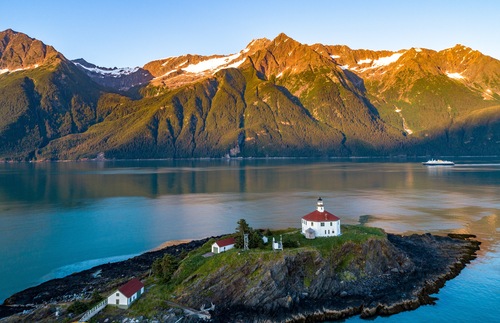 Note that children under 11 travel at half-price on the Alaska Marine Highway System, and kids under 6 go for free. Seniors get a 25% discount within the state, but remember: That discount will be calculated from the going rate for the ferry ride—so, again, the sooner you book, the less you’ll pay.

Head to FerryAlaska.com for more information.