Why I, Personally, Will Continue to Travel Abroad, Despite the Latest Global Travel Alert

This morning I told my daughter I was going to write about the worldwide travel alert and she gave me a worried glance. "Mom if you tell people to travel and then something happens, they'll blame you," she said.

But it's not quite that simple because, realistically, something will ALWAYS happen, whether you're traveling or not. And as an American, I know it will more likely happen to me here than in other western nations. So far this year, there have been 46,987 incidents of gun violence that led to the deaths of 11,383 people. Of those incidents, 300 were mass shootings.

If you compare that with the numbers in France, even including the horrific massacre in Paris, you'll find that more than three times the percentage of the population is likely to be murdered here in the United States than in France.

So let's look at transporation fears. There will likely be 130,000-plus car accidents this year on American roads. So far—and I hate to tempt fate by saying this—the TSA/Homeland Security has foiled every would-be terrorist attack on an airline flying into, out of or in American airspace since 2001. Yes, there have been incidents in other parts of the world, but if you're flying into or out of the USA you should be OK. And even if we factor in the Russian plane that was downed recently in Egypt, it's clear that the numbers of deaths due to car accidents are exponentially greater than those from air accidents or attacks.

But it's a conversation I had with an official of the State Deparment, about two years ago, that seals the deal on interational travel for me. I asked her, straight out, what the public was supposed to make of blanket travel warnings of this sort. They weren't being told what to look out for, nor were they being advised to avoid certain parts of the world. So what were members of the public, especially those who already had travel plans, supposed to do in response to these warnings, I asked?

She told me that, several years back, the State Department had gotten a vague threat and so had warned their staff, but not the traveling public. When an incident actually occurred, there was political hell to pay, because it appeared as if the U.S. State Department valued the lives of its employees more than those of the American people. So the system changed, and now general warnings are released even when the threat is hard to pin down. Though this is a bit crude, there's a tinge of "ass covering" here. 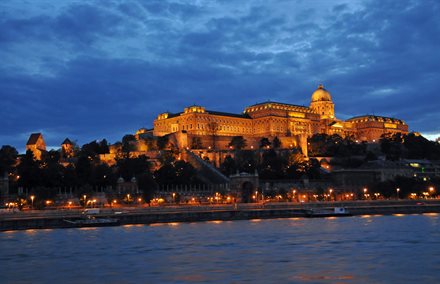 Obviously, with Belgium on high alert and the horrific attacks in Paris, we must acknowledge that the threat is greater than it was, say, two years ago. But I'd argue that statistics are on the side of wanderers. That traveling today is not a foolhardy thing to do. That it will, in fact, be even more rewarding than usual, as you'll encounter far fewer crowds, and locals who are grateful for your visit.

So, I'll see you in Europe! The current situation, and the warnings, will not clip my wings.