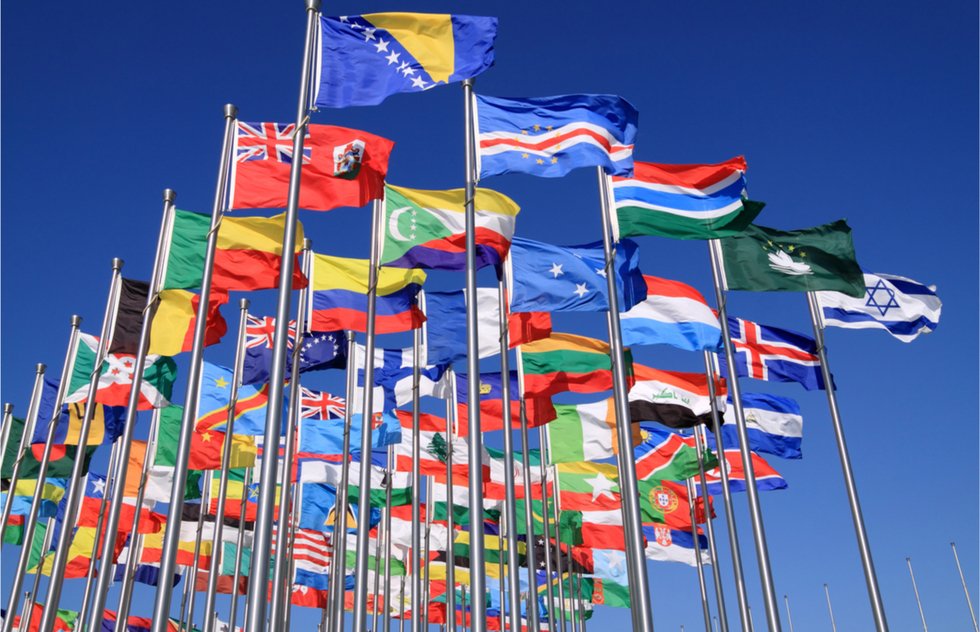 Why You Shouldn't Freak Out Over the U.S. Adding 116 Countries to the "Do Not Travel" List

Early this week, the U.S. State Department, as it often does, updated its list of travel advisories—and the resulting headlines sparked some consternation.

On the surface, headlines like "U.S. State Department says it will boost ‘Do Not Travel’ advisories to 80% of the world" might throw your heart into your throat. At first glance, it seems as if the entire planet is shutting back down before your eyes, and all our progress in fighting Covid-19 has been lost.

But there are a few reasons you should temper your anxiety. Despite the apparent ugliness of the announcement, the situation hasn't actually changed that much.

First, it's crucial to remember that these are advisories, not orders. It's the State Department's job to advise citizens about the situation on the ground in other nations, letting Americans know if the federal agency thinks travel behavior should change. Americans' taxes pay for diplomatic workers who specialize in developing this kind of expertise—and in this case, those experts now recommend that for the time being, people should avoid going to the named countries.

These recommendations actually bring the State Department in line with what the Centers for Disease Control and Prevention, another advisory arm of the government, already reaffirmed a few weeks ago when it updated its list of Covid-19 travel recommendations by destination.

The new State Department advisories are a case of due diligence, as a government agency delivers more granular details and advice than before. Bloggers and newscasts pounced on the deepened information as if it changed the game in some way. It hasn't. Context is everything.

The current message from both the CDC and the State Department remains that vaccinated people may travel internationally, but those agencies wouldn't advise doing so because of some risks you should know about.

The State Department's revised Do Not Travel list serves to back up the topline risk assessment on a more detailed level than in previous guidelines. Catching up with the CDC's public advice, State Department workers went nation by nation to determine the situation on the ground.

The assessment work was so thorough that even Antarctica was placed on the Do Not Travel list for now. A dubious traveler might point out that there's a maximum of about 4,000 people living on the entire continent of Antarctica, so it can't possibly present a risk to a visitor.

But the State Department's Do Not Travel list isn't expressly about the risk a place presents to you. Sometimes it's more about the resources available there.

You, as a vaccinated traveler, might indeed be at low risk if you go to most of the countries on the newly revised Do Not Travel list. But can the local hospitals handle noncitizen visitors right now? Is there political unrest or hunger? Which foreign governments can't be trusted to accept tourists and treat them well during this crisis? All that—and not only whether a place is likely to make you sick with a variant—goes into a State Department advisory.

A fair number of the places on the Do Not Travel list, like Canada, aren't even letting Americans in for short tourism trips, anyway.

Many more, such as the United Kingdom, require quarantine periods so lengthy that most tourists aren't even going right now.

None of these places were likely to be on your spring travel list regardless of the State Department's advice—because they don't want tourists yet.

Many other countries aren't even on the tourist circuit for other reasons. How many Americans had vacations planned this year for Burundi, Syria, or Tajikistan?

Also remember that anyone who enters the United States from abroad is required to present a fresh, negative Covid-19 test result. That rule applies to Americans as well as fully vaccinated folks. It would be unwise to travel to any destination where you don't know whether you can obtain a test easily and successfully.

So don't panic. The State Department's list of Travel Advisories is just a case of the U.S. government's suggestions, which remain as nonbinding as they always were, catching up with the facts on the ground.

And if you're still not assuaged, check how the USA's updated travel advice squares with what has been issued by like-minded governments, such as Australia's Department of Foreign Affairs and Trade, the Government of Canada, and the United Kingdom's foreign travel advice.

The new Do Not Travel list compiled by the U.S. government pretty much matches up with what those countries are advising, too.

And guess what their travel advice is for going to the USA?