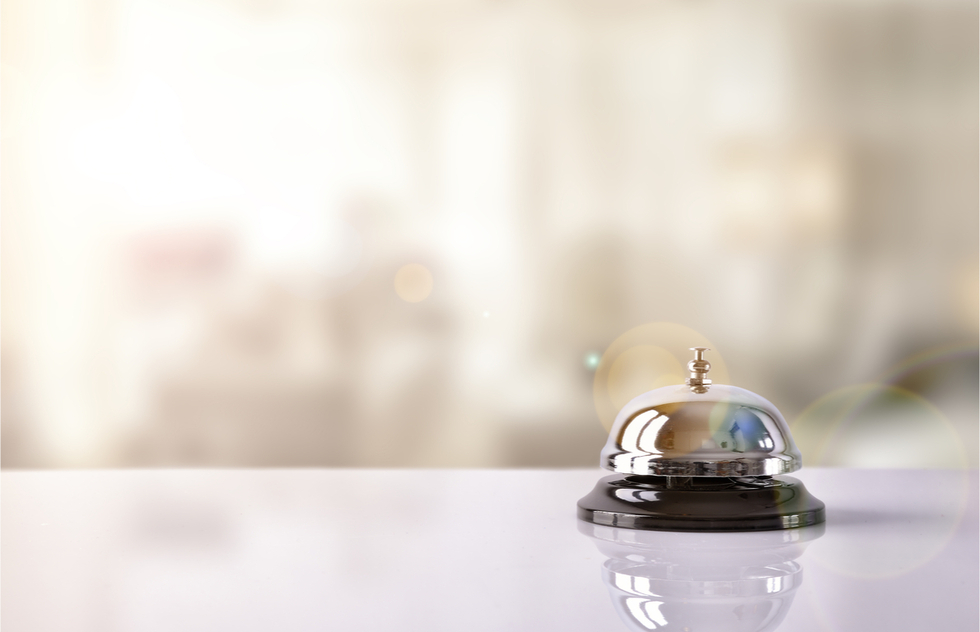 There’s a term in marketing known as the “Ikea Effect.” It comes from a study that showed that when customers had to invest time and effort into a product—such as building an Ikea bookshelf—they put a greater value on it. You build it, you love it, goes the idea.

A corollary effect can be seen on the websites that gather and display user reviews for hotels, restaurants, and other travel products. Customers feel an innate trust in the reviews they read because they assume that what they’re reading has been written by people just like themselves. We all built it, we all trust it.

But is that trust always warranted? We make travel decisions that depend on the information that is surfaced to us, yet an entire cottage industry has been created to manufacture fake reviews to mislead us.

These aren't new developments. Pre-coronavirus, it seemed like new problems with user review sites were surfacing every month. Yelp was caught strong-arming restaurants to pay for advertising in return for the suppression of bad reviews, and another report claimed that one out of every seven TripAdvisor reviews was fake.

The situation has only gotten murkier.

In November, TripAdvisor announced that it would start a subscription service called TripAdvisor Plus. For $99 per year, according to the company, subscribers can unlock special benefits at hotels around the world, from better nightly rates to discounted spa treatments, welcome drinks, and other gimmes.

It's an intriguing program. It allows hotels to charge less because TripAdvisor waives the customary 20%-to-30% commission when a room goes to a Plus subscriber. TripAdvisor says it only collects the yearly membership fee.

The company also promises discounts on activities and tours booked through Plus. TripAdvisor claims that travelers can make back the yearly fee quickly because of the dropped commissions and deals, but since the program is still in beta and travel patterns have changed so drastically, it's hard to know for certain whether that will always be the case for most travelers.

What's undeniable is that to secure these discounts, TripAdvisor is moving aggressively to partner with thousands of hotels—and that’s where the potential conflict of interest comes in.

On its info page about the new program, TripAdvisor promises participating hoteliers that signing up will “increase your visibility across all travelers searching in your area, including Plus members and beyond.”

That “and beyond” is key. It seems to imply that what’s being promised is better placement in all search results, not just the ones Plus members see. It's a promise TripAdvisor makes even bolder when it pledges, “The more value you offer members, the higher you place in organic search results.”

Those statements raise the question: Will TripAdvisor manipulate the search rankings of hotels that don't play ball?

I asked TripAdvisor for comment on this issue. Brian Hoyt, the company's Head of Global Communications and Industry Affairs, responded in writing: "Participating hotels in Tripadvisor Plus will be more visible to members in our 'Best Value' sort, which does take into account the bookable costs to stay at a quality property as well as the savings travelers can access by becoming subscribers."

When I followed up by phone, Hoyt acknowledged that the TripAdvisor Plus hotels will be at the top not only in searches by Plus subscribers but also in all "Best Value"-filtered searches for hotels on the site.

That's significant because the "Best Value" filter he referenced is the default sort method that the general public sees whenever it searches for properties on TripAdvisor. So the changes mean the lion's share of travelers will be served the Plus hotels—whether or not they subscribe to the program. Customers who don't subscribe to Plus, though, will pay a higher price to book their rooms.

Users of TripAdvisor who want to search for hotels without manipulated results can now toggle over to the "Traveler Ranked" filter to get a more honest look at which hotels are getting the most, and the most recent, superlatives from travelers.

But how many users will do that?

Although TripAdvisor claims that this is a win-win for both hoteliers and travelers, I wonder what will happen to the mom-and-pop places where operating costs are just barely being covered by nightly rates and where giving away additional discounts to travelers isn't an option.

Often, these are the places that are already low-priced and affordable, but they could be outranked by the hotels that sign up for TripAdvisor Plus, and thus drop precipitously in search results and go unseen.

And yes, I realize that there are often one or two promoted properties at the top of a search. But with the thousands expected to take part in this program, the changes to what does and doesn't surface easily could be dramatic.

I'll continue to watch what happens with this program and with TripAdvisor's search rankings.

For travelers, the advice seems clear: If you're going to take advice from TripAdvisor and don't want to pay for Plus, use the "Traveler Ranked" filter and make sure your search is both broad and deep. Going with the first properties you see on TripAdvisor may now simply make you a pawn in a larger marketing game.