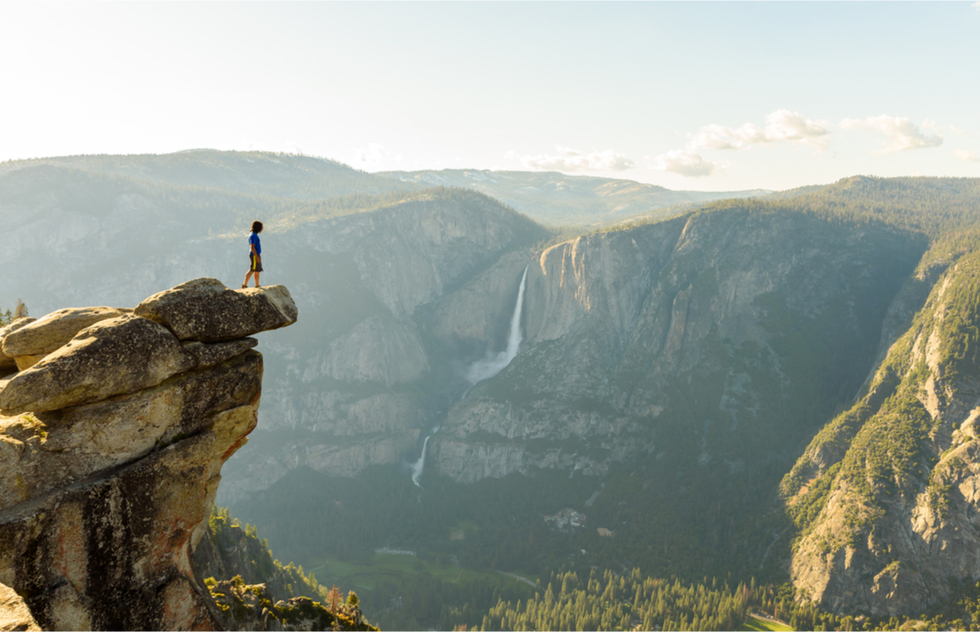 Even in the great outdoors, social distancing can be a challenge—especially in peak vacation season.

Each park, though, will handle crowd control slightly differently.

At Glacier, the famed Going-to-the-Sun Road will have a ticketed entry system.

"I think everybody is assuming this is going to be the summer to end all summers," Sarah Lundstrum of the nonprofit National Parks Conservation Association told Boise Public Radio. "This is an answer, and it's the answer we're using this summer, but be patient, because it's going to take a while to work out the bumps."

On the bright side, everyone who scores a reservation will be allowed in. During a normal summer without reservations, vacationers can be turned away because of crowding.

According to the National Park Service (NPS), would-be Going-to-the-Sun road trippers will need a park pass and either proof that they have a reservation for a service in the park (like a campsite reservation, horseback riding trip, guided hike, and so on), or a QR code showing they've applied in advance for just the drive.

It's expected that reservations will go fast, but some will be held back for procrastinators. Seventy-five percent of reservations will be alotted 60 days in advance, with the remaining 25% available within two days of arrival. Passes will be mandatory for visits between May 28 and September 6, 2021.

Rocky Mountain National Park near Denver is so popular—it's the fourth most-visited park in the U.S.—that a reservation system was put in place in 2016.

This year, officials will experiment with a two-tiered system. Anyone hoping to use the popular Bear Lake Road corridor must apply for a special entry to that area. A separate pass covers the rest of the park.

Passes, which will be valid for entry within specific time windows, will also restrict visitation to between 75% and 80% of the park's available parking slots.

Reservations will be required between May 28 and October 11, and slots open a month ahead. A few passes (rangers decline to specify how many) will be released 48 hours ahead.

Shuttle buses within the park are expected to run at 50% capacity, up from 25% last year.

Would-be visitors should also know that not all of the trails will be open in 2021 because of damage from last year's wildfires. As always, the national park's website has detailed information about trail closures.

Yosemite's day-use reservation system will be similar to the one instituted last summer, but with one key difference: The percentage of visitors admitted on day passes will vary according to the level of Covid-19 infections in Mariposa County, on the park's western side. If infection rates are high, visitation will be limited to 50% of the capacity of the park. When rates are low, that number will rise to 90% capacity.

It's a bit of a mystery to us how that balancing act will be achieved, since advance reservations will go on sale well ahead of time. For example, for admission between May 21 and June 30, they become available at 8am PT on April 21, well before anyone will know what the infection rates will be on the dates in question.

Reservations for July go on sale April 28, August will be sold starting May 5, and September bookings begin on May 12.

The system, like last year, is just for day passes. Folks who are staying at any of the lodging options in the park will be admitted without a reserved pass—and twice as many campsites will be open this summer compared to 2020.

Visitors can also avoid obtaining advance reservations if they possess wilderness and Half Dome permits, enter the park on the YARTS bus system, or come on a commercial tour.

Officials have announced that many, but not all, services will be back this year, including almost all of the park's gift shops, restaurants, and gas stations.

However, Yosemite's park shuttle buses will not be running, and it's expected that the indoor visitor centers will remain closed (last year, rangers simply set up information tents outside), along with the park's museum, theater, and High Sierra camps.

It's easy to grumble about the hassle of having to get advance reservations, but these systems do give visitors more elbow room. And that can make a big difference, not just for safety but also with regard to the experience.

Frommers.com Editor-in-Chief Jason Cochran, who visited Yosemite on a capacity-controlled reservation last summer, reported that seeing the park without the crowds was a "rare opportunity to find serenity in the Yosemite Valley in the summer."

Maybe this year you'll get that opportunity, too.